Despite being a brand still in their infancy, Pele Sports sparked the imagination of boot-fans and hardened players the world over with their ultra-light Trinity 3e boots.

A sub-200g boot with a soleplate that claims it will genuinely make you faster? Lofty claims. Let’s see if they fulfill them in our exclusive in-house review of the Pele Sports Trinity. 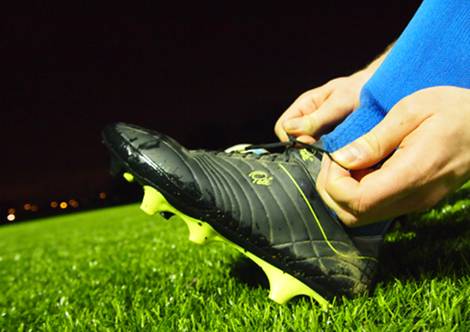 Following the trend of recent speed boots that don’t maul your feet, the Pele Sports Trinity is every bit as comfortable as you would hope it to be.

The upper is almost entirely non-intrusive, working with your feet almost perfectly. The softness of the SymbioSkin synthetic allows to to crease in a very natural way (almost like a leather) so there’s none of that ‘folding’ that happens with stiffer synthetic materials.

As far as ‘speed’ boots, the Pele Sports Trinity is amongst the most comfortable we’ve tested, however it loses a mark for a little bit of irritation (and I do mean little, it’s barely noticable) around the collar that occurs during the first few wears, and a slightly long fit. 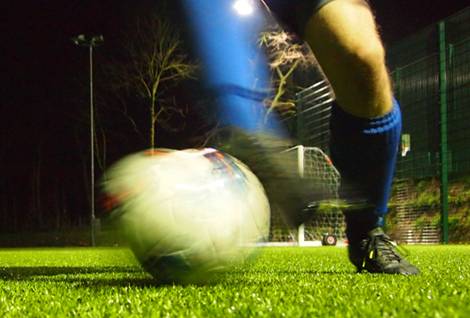 Hands-down one of the best single-layer synthetics I’ve ever seen used on a football boot, the Pele Sports Trinity‘s SymbioSkin is the 3e’s key to a great touch and feel on the ball.

Having use the Trinity for over a month, the upper has remained rigid and supportive in the midfoot and heel, whilst the forefoot and toes have begun to soften and crease, giving them an excellent touch and feel on the ball. 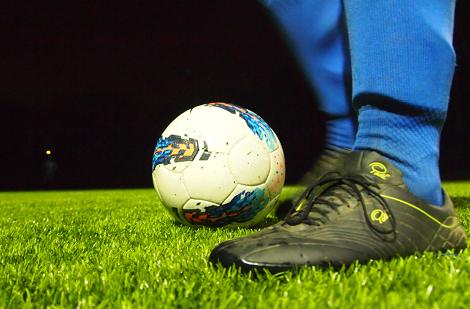 I’m going for a middle-of-the-road score here, simply because of the vast variety of the reactions I’ve had to the Trinity‘s since wearing them for the first time!

Some of the older players on my team definitely appreciated the clean-cut, stealth-black look, commenting the centrally laced design was ‘smart’. Contrastingly, some of my other squad-mates thought the ‘stripped-down’ look made them look a little cheap; certainly a turn-off for a pair of boots with a £155 price-tag.

Personally, I like the little details; smooth flowing lines of black and neon green flow across the upper without cluttering it, and the chunky, luminous studs look striking when playing under flood-lights. 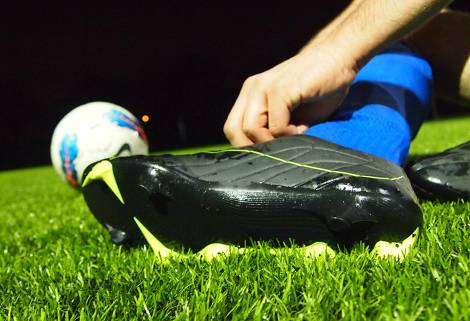 Keeping a new pair of Pele Sports Trinity clean is almost effortless; there’s no  nooks and/or crannies in the soleplate to dig dirt out of, and the majority of the cleat is smooth enough to just wipe-clean.

However, a point is lost thanks, ironically, to that super-soft SymbioSkin! As the material begins to crease, dirt is easily trapped and can start to discolour that pitch-black upper if you don’t put some extra TLC into your cleaning! 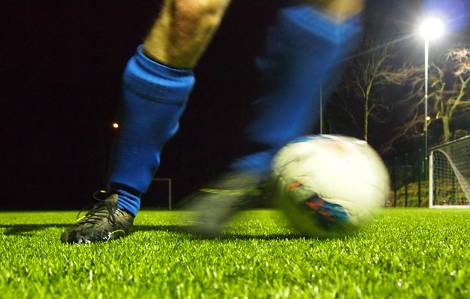 Before I get on to the soleplate, shooting in the Trinity: is solid, but not great. The centred-lacing and soft synthetic mean you lose some of the ‘ping’ you get from a more plastic-y speed boot like the adiZero, whilst crossing and long-balls are both excellent thanks to a well-fitting forefoot and instep.

So, the Pele Sports Trinity‘s real showpiece is that tripod stud configuration in the heel; does it work? Is it stable?

The answer is unquestionably yes! The tripod heel is every bit as stable as anything else on the market; at no point did I feel unstable or unbalanced, whether sprinting flat-out or twisting in-and-out of defenders.

Nor did I feel any stress in my knees or hamstrings as if they were attempting to compensate for the unusual design.

Pele Sports also claim the 3e’s heel also trains your legs to be faster by releasing your feet from the turf quickly when making turns. Do I feel faster? That part’s debatable; what I will say is that I never felt like I was ‘being grabbed by the turf monster’ – I never felt any strain in my legs from any of the studs being snagged in the turf – which has to count for something! 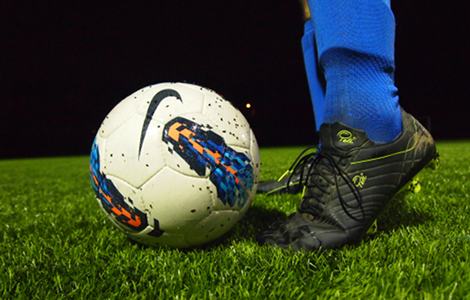 At £149.99 / $199.99 they are more-or-less what we’d expect from a boot that falls into the ultra-light category; pricing itself near-identically to the adiZero and Mercurial Vapor, whilst under-cutting the Puma v1.11SL by almost £50.

Whilst we’re sure that you’ll find the Pele Sports Trinity are every bit as good value for money as the competition, we can’t help but feel dropping the price by £10-£15 would really open their excellent boots to a wider audience. But then you consider all the R&D that’s gone into such an innovative boot and…

It’s hard to give the Pele Sports Trinity anything but a high score.

Truly innovative, outstandingly comfortable and great on-pitch performance; Unless you’re loyal to a single brand, if you’ve got the cash to spend there’s very little that should stop you considering these if you’re a wide-player or forward.

Written By
Kyle Elliot
More from Kyle Elliot
We break down what Manchester United's decision to listen to offers from...
Read More