Signed by Man City for a club-record £54 million at the end of August 2015, Kevin de Bruyne has already established himself as one of the most exciting talents in the Premier League. Now under the tutelage of top coach Pep Guardiola he’s primed to develop into the top bracket of world football stars.

I am really excited about the upcoming season. I’ve been here a year now and I’m 100% focused on winning and to take my game to the next level. 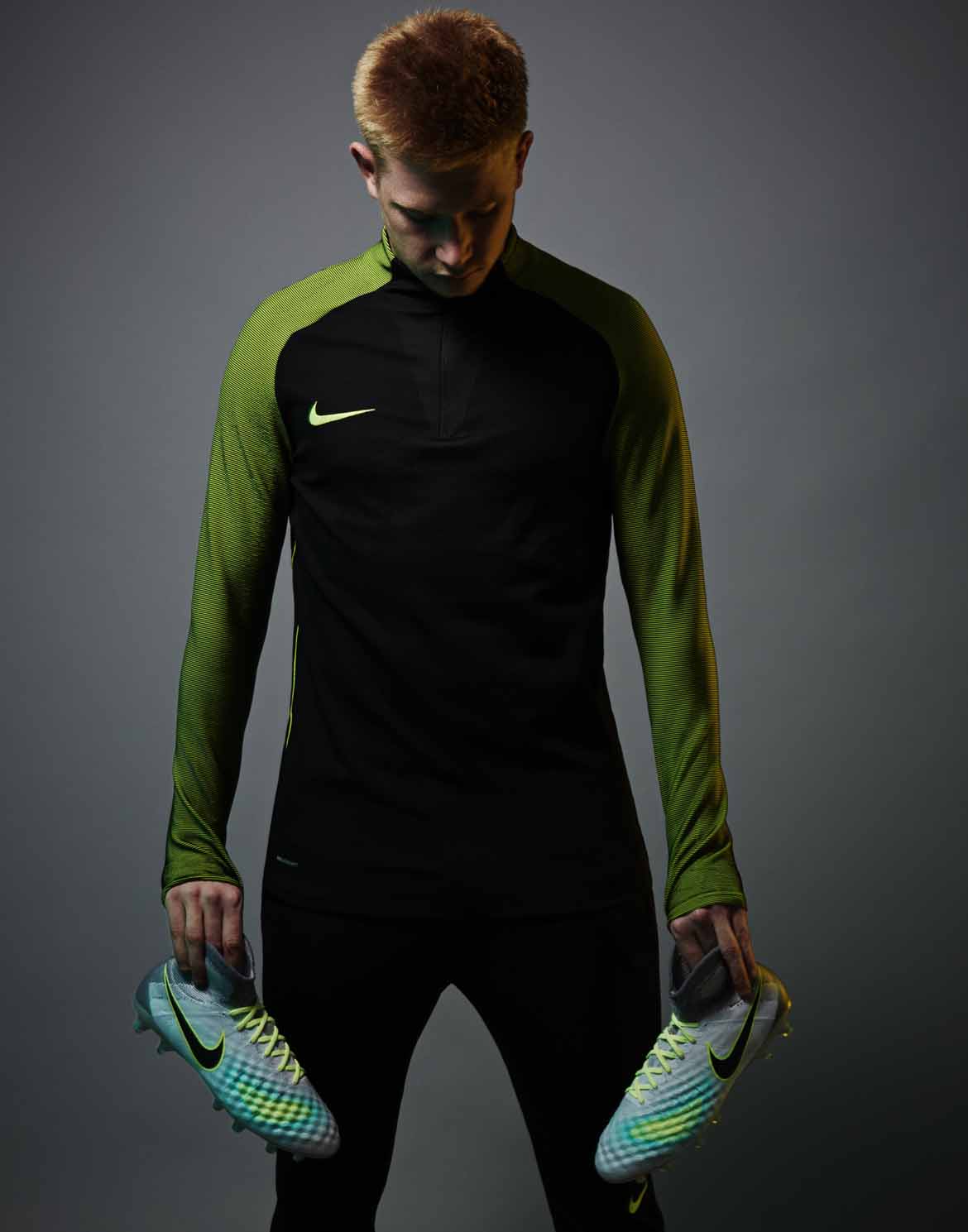 De Bruyne will start the 2016-17 campaign with this renewed excitement, a new manager, Pep Guardiola, at the helm of Manchester City, and a brand new football boot on his feet, the Elite Pack pack colourway of the Magista 2. Though he has spent his career so far in the Mercurial boot from Nike, it would seem that the new Magista 2 offers him the perfect weapon to continue his drive to the top of the game. 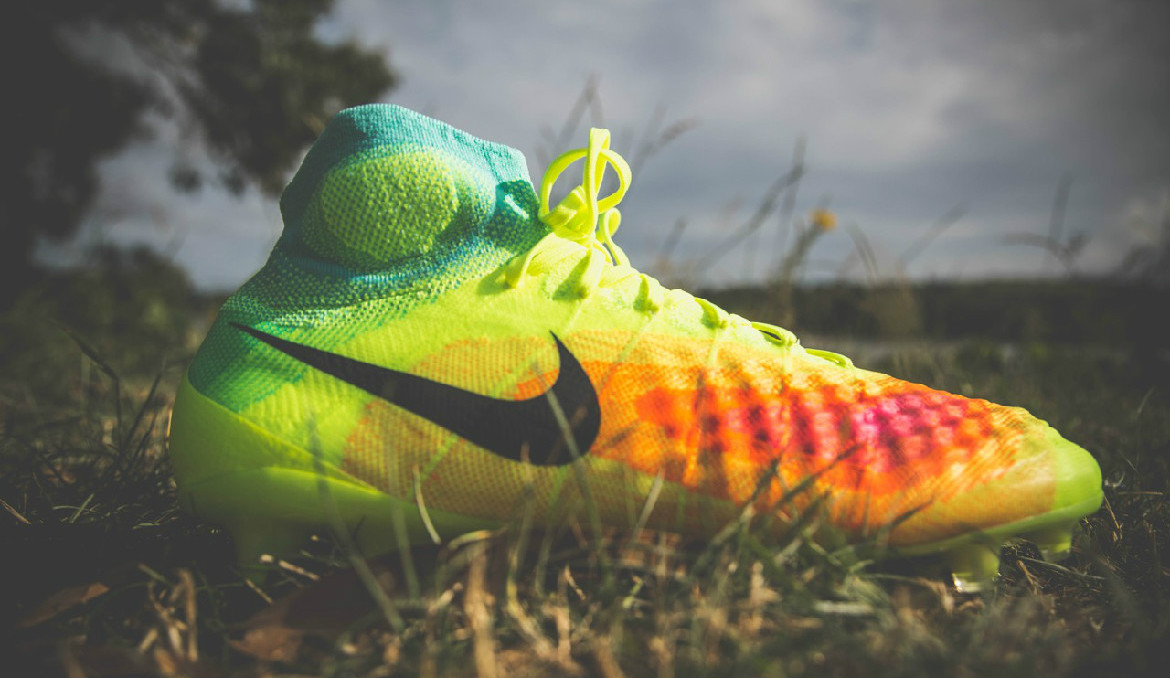 I had played in the Mercurial since my teens, but once I had tried out the Magista 2 a few times I was ready to make a change. It is light, so I can cover all the ground I need to, but gives me an improved feel for the ball.

I’m a creative player on the pitch, which makes this is a great boot for me — my foot feels very connected to the ball. The fit is great and I can move quickly in different directions, very confidently.

The Magista 2 was created with the idea of the foot itself evolving specifically for the game. Progressing the original mid-cut Magista silhouette, the new boot partners dimensional texture with an obsessively data and player-tested stud configuration.

A 25-gram weight reduction in the new boot, compared to the original Magista provides De Bruyne an edge. Like his childhood hero, the Brazilian legend Ronaldinho, De Bruyne possesses an innate attacking instinct.

No matter the game, I’m always competitive. Retirement is a long way off, but that will be one of the biggest things I would probably miss when I stop playing football.

At that moment, I think I’m more focused than anything. You just want to be able to help a teammate to score goals so you can win. The excitement comes when the ball goes into the back of the net. 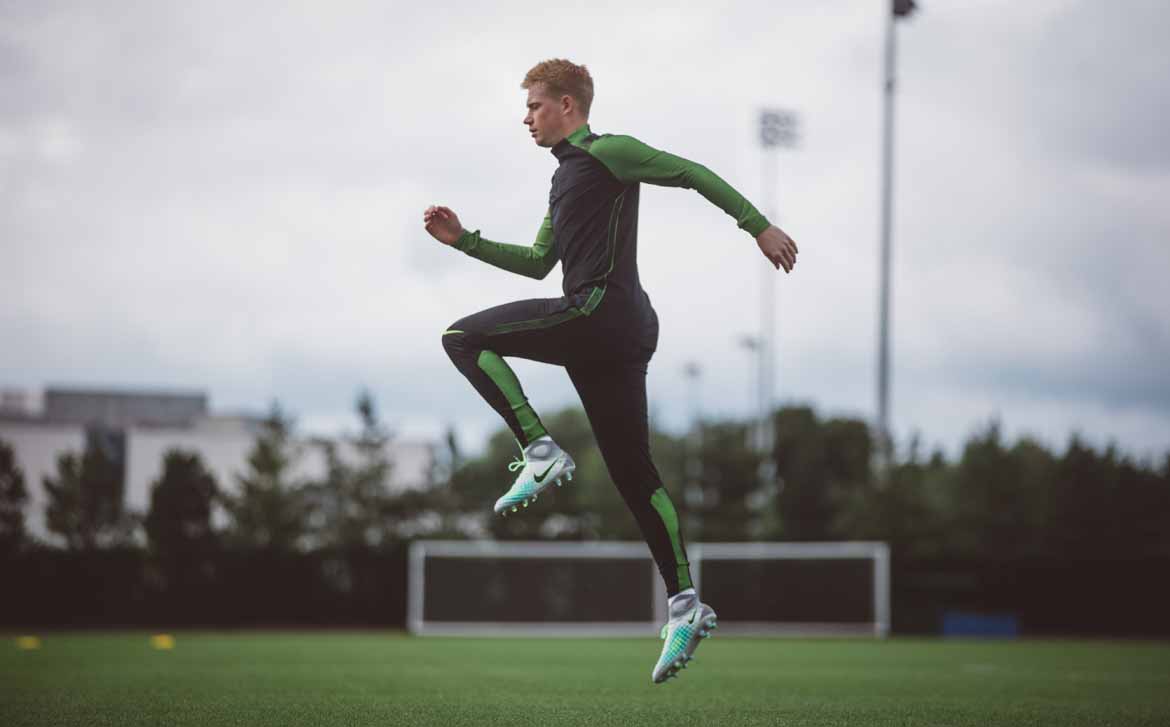 De Bruyne’s objectives for the season are in place and the confidence boost that a pre-season under Guardiola has imparted is evident, even in the very early stages of pre-season.

I’m excited. I’ve been in a few meetings and been following the training. It’s been a little more tactical as he has a lot of ideas. I’m looking forward to being able to play and put these tactics into practice.

Last season De Bruyne’s injury spell coincided with City’s worst patch of form, one of the elements that ended their title challenge. However De Bruyne has been preparing himself for the new tilt for the title under Guardiola, even training during his holiday.

Written By
Stan
More from Stan
Super light but dark and deadly, the Umbro Velocita Pro - the...
Read More