The Nike Mercurial Vapor “Future DNA Mercurial” brings classic Nike Football design to one of the brand’s latest on-pitch innovations. The boot is the second drop from the Future DNA pack, a four-part celebration of Nike’s most beloved football boots. 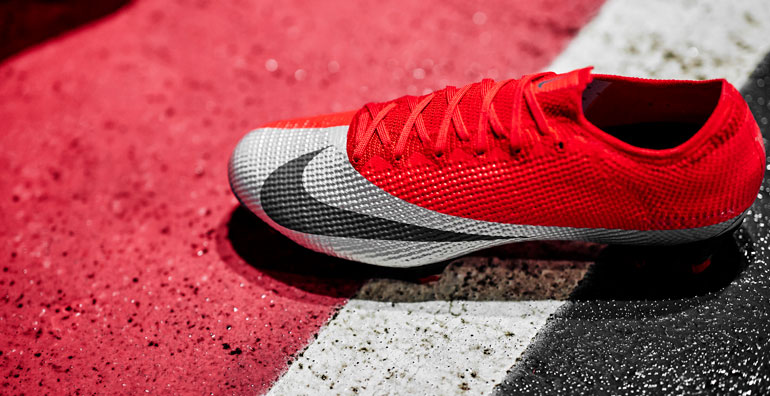 It also housed a carbon fibre soleplate that reacted to the need for speed with strategically-configured blades for superior footing and quick cuts in any direction. Adding a Nike Aerowtrac zone to the forefoot and a slightly stiffer chassis to help supercharge traction. Inside, an insole with NikeGrip technology provides maximum interior traction underfoot and lightweight cushioning.

A new ultra-thin NIKESKIN overlay gets you closer to the ball for a precise touch at high speeds. The All Conditions Control (ACC) finish means you get a reliable touch in wet and dry conditions. 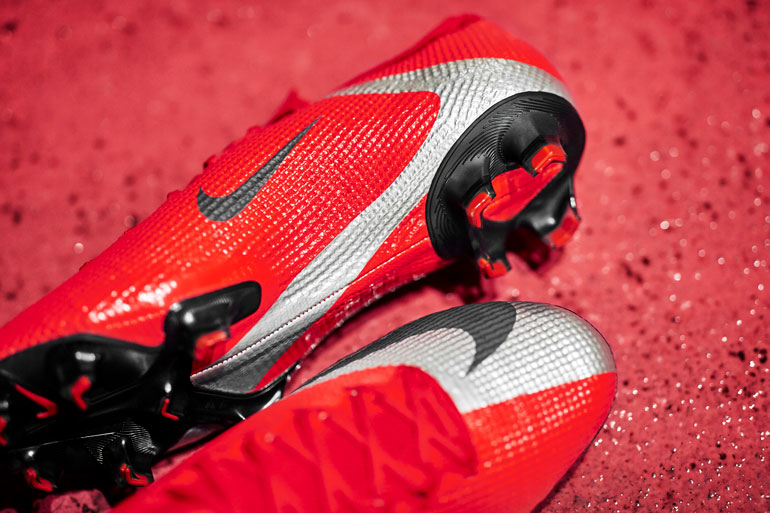 Paying tribute to its predecessor’s Max Orange and Metallic Silver colourway — debuting only on the pitch by the likes of Cristiano Ronaldo.

The 2020 iteration also has All Conditions Control to prevent the boot from being porous.

The boot is the second release from Nike Football’s Future DNA Pack, in which current performance boots pay homage to a classic Nike Football design.