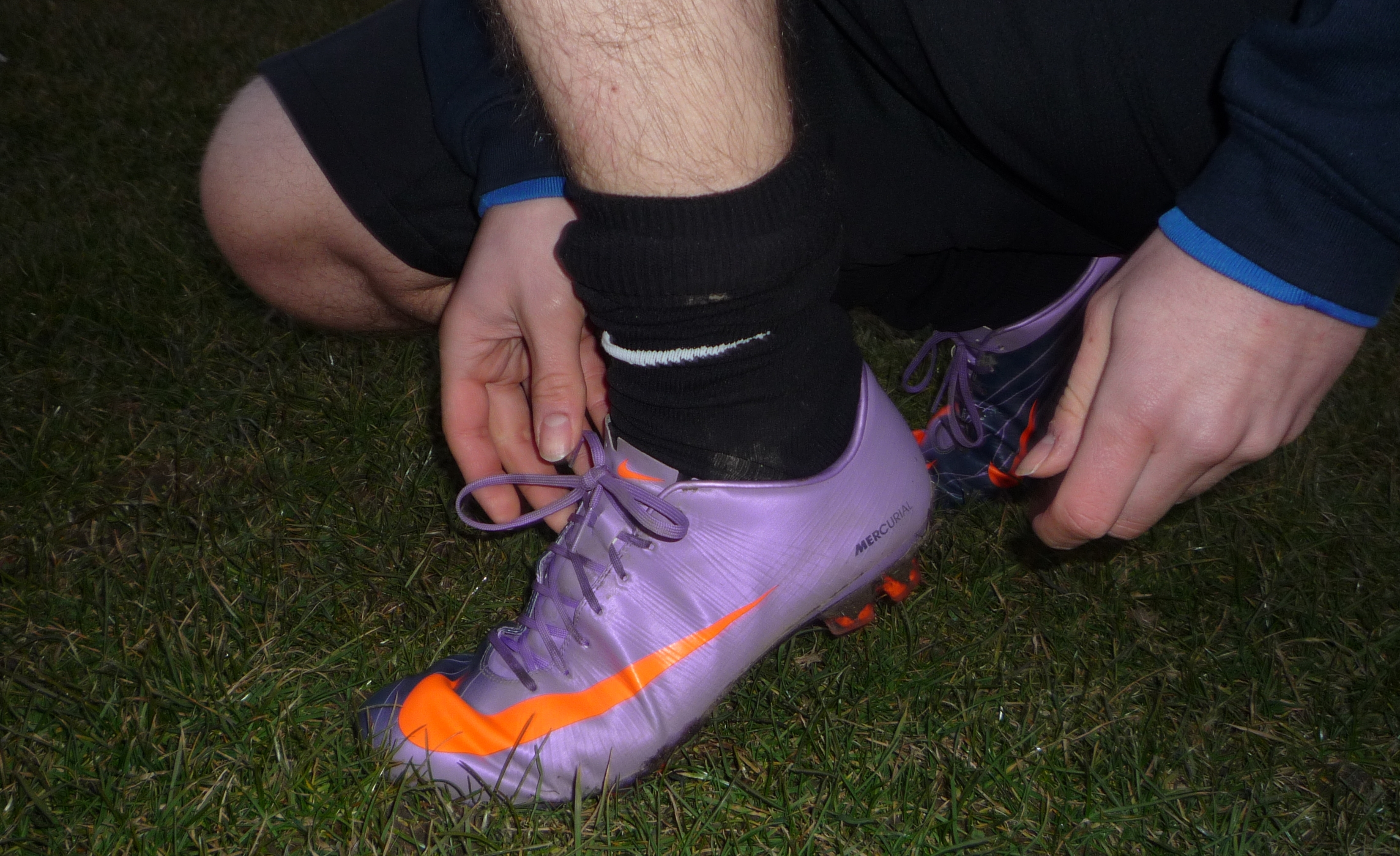 The Nike Mercurial range has often had its share of criticism for not being the most comfortable of football boots, and that’s not about to change!

The Superfly II has been stripped to the bare bones – like a Le Mans racer with all the seats taken out – the only piece of padding sits underneath the laces on the tongue. As such, the boots take a lot of wearing in, in comparison to many of it’s competitors.

Like any reasonable human being who’d just got a pair of new Superfly II’s, I did the exact opposite of everything that our Ultimate Guide to Breaking in New Boots suggests and immediately went out to play a match in them (I never said I was a role model!!).

Boy, did I pay the price! After 45 minutes of play, I’d blistered my heels and just underneath my ankles. I wasn’t alone in this – several others at the event complained of similar discomforts.

Most unusually, the tops of my toes also experienced some rubbing from where the stiff upper had creased and dug into the joints when I bent my toes.

The great news is that after further breaking-in, the Superfly II‘s started to come good. Very good. The upper became flexible, creasing with every toe movement, yet, around the ankle and heel it remained firm & supportive.

That said, I really don’t envy professionals who have to break in a new pair more than once! If you’re planning on getting a pair; resist the voice in your head that says you have to do a full 90 in them right away, give the boots the respect they deserve and break them in properly! 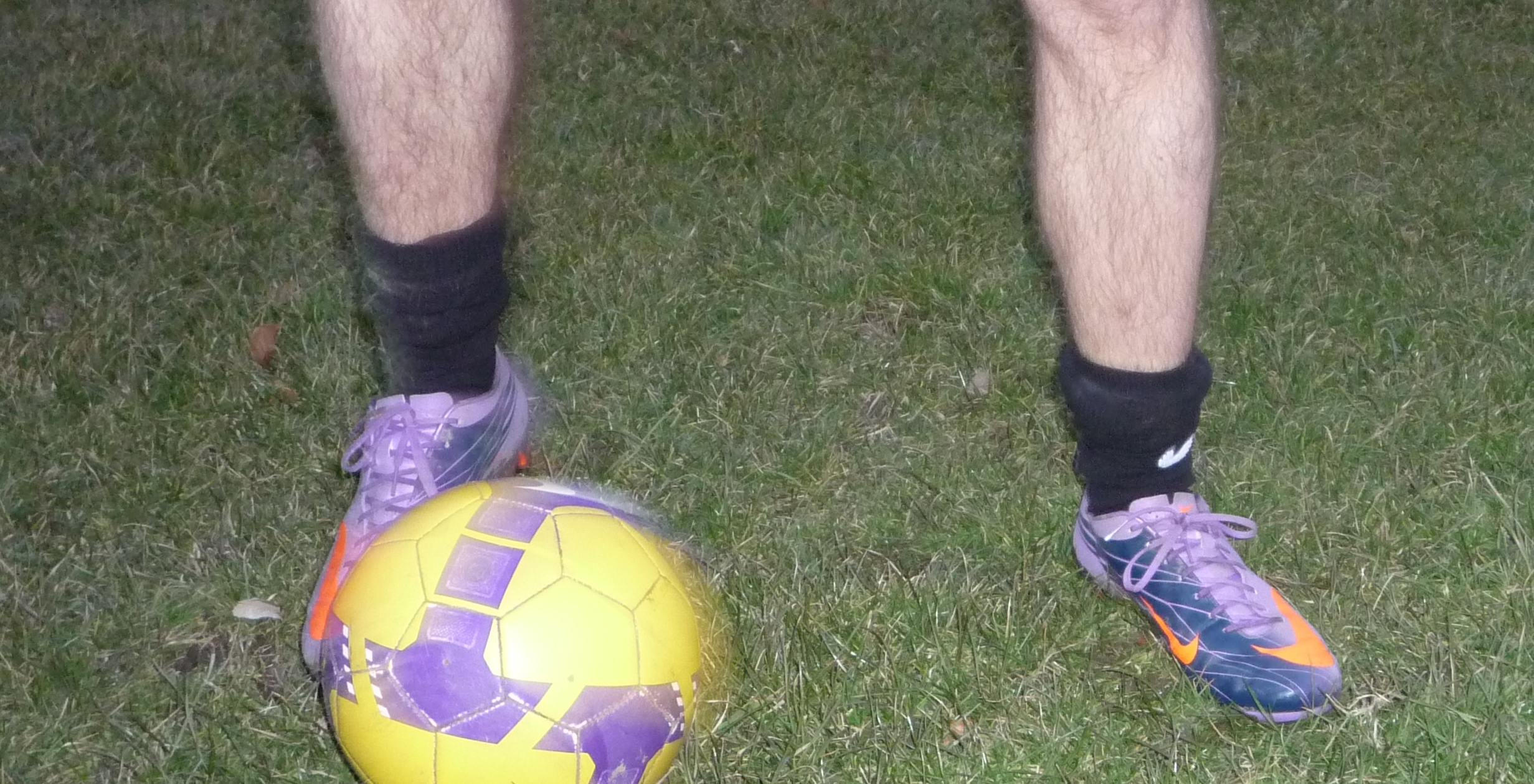 One of the first things you’ll notice when lacing up a pair of Superfly II‘s for the first time is that the upper is much sterner and less flexible than the Superfly I, clearly a redevelopment by Nike to avoid the problems that plagued the original upon launch. This soon begins to work with your foot, but it’s nice to know that there’s always that firm layer of synthetic between an opponents studs and your feet.

The chassis of the football boot feels fantastic to play in. The Carbon Fiber soleplate feels solid underfoot, bending with the toes, but with little give going the other way, making this the most durable-feeling entry in the Mercurial range since the Vapor III.

Despite playing on Soft Ground and the occasional bit of light rain, I was impressed that the football boot didn’t let any water in through the new adaptable studs. Also, the boot has no ventilation anywhere on it – meaning that even in the wet your feet will stay dry.

As mentioned earlier, once your foot and boot get used to each other, the FlyWire keeps the football boot very close your foot; in particular the heel. Obviously designed to compensate for the lack of a heel counter, the fit certainly keeps your feet locked in place, but I would be concerned as to how much protection it would offer the heel and Achilles area in a tough tackle.

The Superfly II is a football boot designed for speed and touch on the ball at high speeds, which is something that it does better than, not only it’s predecessor, but also better than many football boots with a strictly synthetic upper (I’m not talking synthetic leather, like the Mizuno Wave Ghost, for example). The upper isn’t completely frictionless like many other speed boots, and whilst it might not provide the grip of soft leather, the friction lets you feel exactly where on your feet the ball is.

It seems to achieve this as it’s coated in something that feels almost like a fabric (but much easier to clean than any fabric) that just gives you a nicer touch on the ball than a frictionless synthetic like you might find on it’s predecessors.

Running in the football boot is an absolute joy, as you may well expect. In the same way that the Total 90 Laser III suggests the best place on your foot to hit a ball, the Superfly II gives you impetus to constantly be on your toes and ready to sprint.

As you can probably guess, being in the UK I’ve been testing the boots on reasonably soft ground (Not a complete mudbath, but soft enough that I would normally wear metal studs) the adaptable studs certainly coped well – coupled with the unusually large blades in the heel counter I never felt that I was losing traction on the ground.

Kicking in the Superfly II is perhaps the only unspectacular thing about this otherwise completely over the top football boot. That’s not to say it’s bad, mind you, in fact it’s very good! But the fact of the matter is that Nike aren’t trying to improve striking the ball, so if you like centered lacing, and an upper that hugs the top of the boot, you’re going to enjoy striking the ball in these.

The Superfly II is a more humble boot than you might expect. At it’s core it is a centre-laced, firm ground-bladed boot, with a synthetic upper and no lace cover. It’s these simple foundations that I think people forget about – the fans of the boot think that it will completely change their lives, and the haters seem to focus more on the outlandish paint-job than the specification.

Yet, it’s this simple formula that Nike tweaked and made better with the addition of genuinely functional technology like taking a road car and turning into a rally car (Yes, I do love my boot/car analogies!) the carbon fibre sole is fast becoming an industry standard as the material and manufacture come down in price, and the adaptable stud is an excellent practical piece of tech (if just a tiny bit gimmicky).

The one thing that the boot does do better than any other, is to put a massive smile on your face when you lace them up for the first time. Whilst I felt a little silly in the Puma v1.10 Yellow/Chili Red, the Superfly II felt completely unique, daring and a little outrageous, but never silly -‘  because depending how you see it, this football boot is the pinnacle; it’s both the pinnacle of weight reduction and boot technology and it’s the pinnacle of what a football boot can cost. Is that worth £275 for some people? Absolutely.

Written By
Felipe
More from Felipe
After a week away visiting the world's top holiday resorts (what do...
Read More