adidas launched the new AC Milan Home Shirt 2011-12 yesterday amongst a storm of global publicity at a first-of-it’s-kind live event in Monza yesterday. 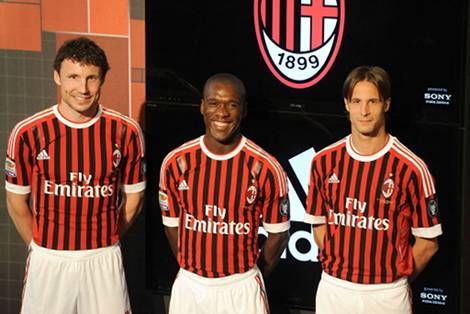 Simultaneously across the world, reporters, bloggers and journalists huddled round their computer screens to get a first glimpse of the new AC Milan Home Shirt 2011-12, and fire some questions at Milan stars Mark van Bommel, Clarence Seedorf and Luca Antonini as they wore their new Rossoneri stripes for the first time.

Reverting once again to the thinner 2cm-wide stripes compared to the 9cm-wide ones of last year, the new AC Milan Home Shirt 2011-12 features 21 stripes in total, 11 of which are black and 10 red. 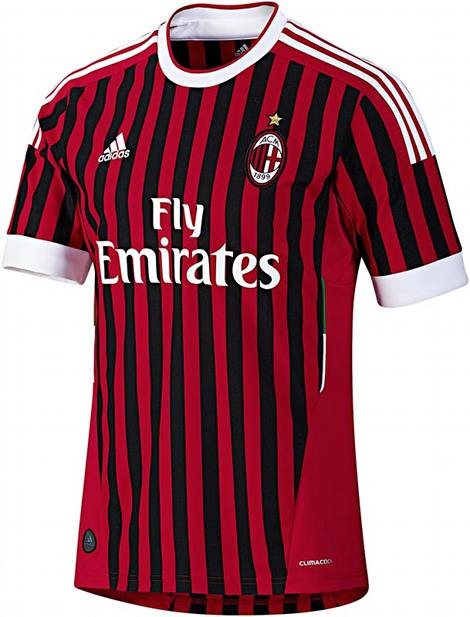 The white crew neck stands against the classic red and black stripes, with a red panel housing the three stripes on the sleeves, which are white for the first time. The back of the collar bears the words “Associazione Calcio Milan” underneath the Italian flag to highlight the fact that Milan is one of the best-known symbols of Italy around the world.

Reference to the colours of the Italian flag can be found on the insets at the side vents on the front of the new AC Milan Home Shirt 2011-12 as well as on the shorts and socks. 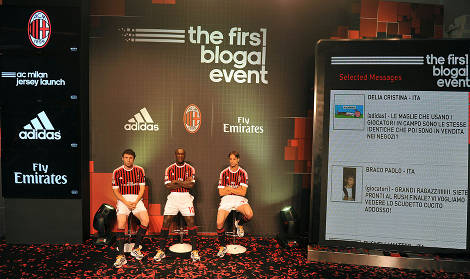 The partnership between adidas and AC Milan is one of the most solid and long-lasting relationships in sports having begun in 1998. It has been renewed up until 2017 with an extension to the rights as Master licensee – meaning that adidas have first refusal on a renewal with the San Siro giants.

Clarence Seedorf took it upon himself yesterday to confirm that the away kit will be White (no surprise) and we can expect to see it in July.

Written By
Kyle Elliot
More from Kyle Elliot
Has 2012 been a vintage year for football boots? We look back...
Read More