Now, as the year of the Predator comes to an end, adidas are both capping off the celebrations and marking things to come with the new adidas Predator Instinct – Black / White / Solar Red.

Black base, white Three Stripes and Red Predator Elements were hallmarks shared by the Predator Precision, Powerpulse and Rapier, and we’re sure many fans will be eager to get their feet into a pair of this colourway. 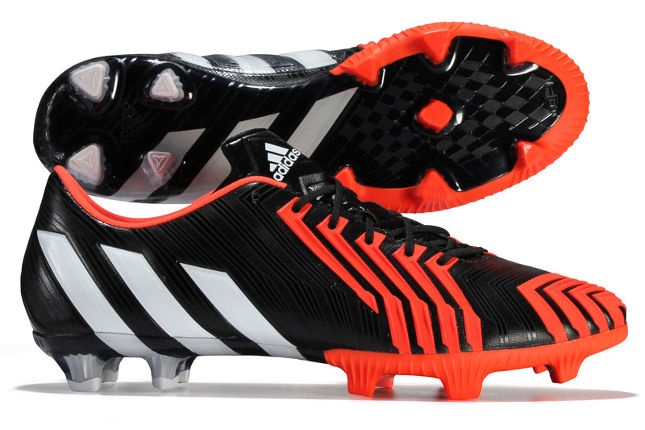 The adidas Predator Instinct – Black / White / Solar Red also marks the beginning of the 2015 upper style for the Instinct.

In honour of the World Cup and the ‘Instinct Takes Over’ animalistic advertising campaign, all the 2014 Predators (bar the Reveng Instinct and Crazylight models) have been based around the Battle Pack patterning.

But despite this slightly differing look, the latest Instinct colourway still has all the same great features as the rest of the versions we’ve seen this past 6 months.

A new generation HybridTouch upper creates a soft, leather-like feel that is more comfortable and more water-resistant that previous editions, as well allowing for the creation of more aggressive Predator zones.

Setting the Instinct apart from the Lethal Zones is a new ControlFrame soleplate, with a focus on making adjusting touches on the ball with the lower part of the foot when in possession.

Drop us a comment and let us know what you think!

Written By
Kyle Elliot
More from Kyle Elliot
The latest release to come out from Japan; we put the Mizuno...
Read More