Nike Air Zoom Total 90 II  was originally released in 2002 making the perfect blend of comfort, power and precision. Made with a strong and light material called KN-100  the boot was designed to support player comfort for the total 90 minutes of a match. The boot featured asymmetrical, off-centre lacing for a larger boot-to-ball surface (which helps create a cleaner strike), as well as Zoom Air units in the outsole for optimal traction and stud pressure reduction. 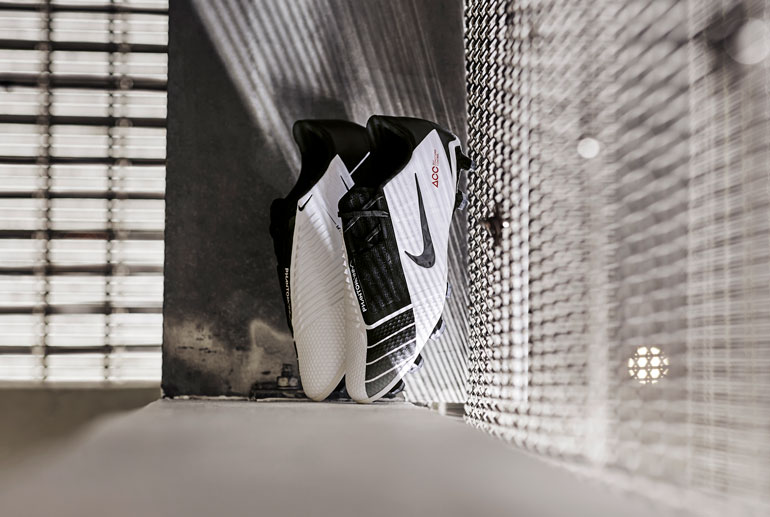 The Nike Phantom VNM Future DNA T90 pays tribute to its predecessor’s classic black, white and red colourway, adding to the 2002 boot’s goal of precision through modern Phantom VNM technology to facilitate a powerful strike. Engineered for powerful, precise strikes that win games. Blades on the instep create spin to control the flight of the ball, while Flywire cables and a flexible plate provide the stability and traction needed to unleash at any moment.

Most notably, the new boot comes equipped with a Precision Power strike zone in the instep — 13 ridges set at specific angles and ascending heights to help keep the ball down and to provide a bite on its surface. 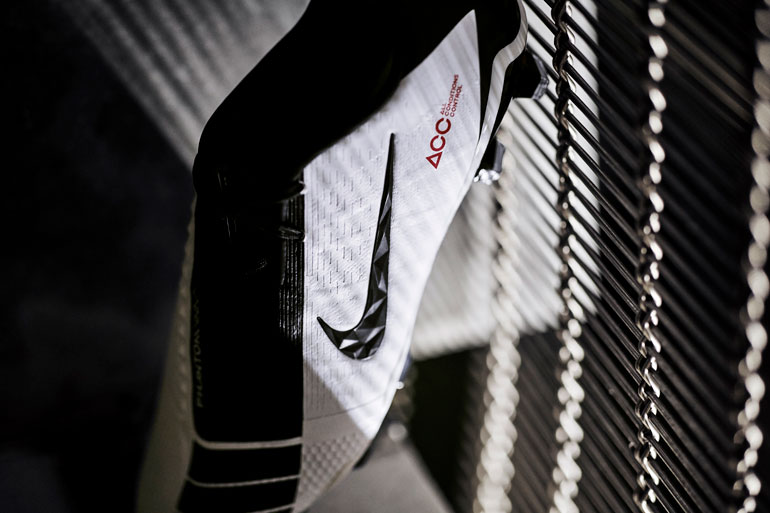 The boot is the third release from the Nike Football’s Future DNA Pack, which finds Nike’s current performance boots each paying homage to a classic Nike Football design, and follows the release of the Nike Phantom VSN 2 Future DNA Hypervenom and the Nike Mercurial Vapor Future DNA Mercurial.