The history of football boots mirrors the development and progression of the beautiful game of football in the late 19th century and into the 20th century. Football rules and laws were introduced to progress football into a more organised and formalised structure, which succeeded in moving a largely provincial game into the sport that is enjoyed around the world right into the 21st century. Football as a game was part of British life for several hundred years previously and one early protagonist included probably the most famous and notorious historical figures of British history, King Henry VIII (1509-1547). 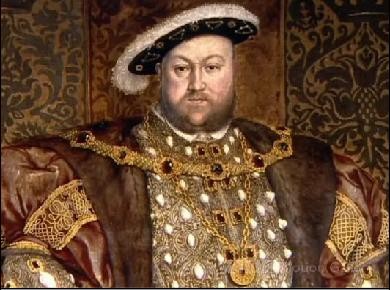 King Henry VIII’s football boots were listed within the Great Wardrobe of 1526, a shopping list of the day. They were made by his personal shoemaker Cornelius Johnson in 1525, at a cost of 4 shillings, the equivalent of £100 in today’s money. Little is known about them, as there is no surviving example, but the royal football boots are known to have been made of strong leather, ankle high and heavier than the normal shoe of the day. 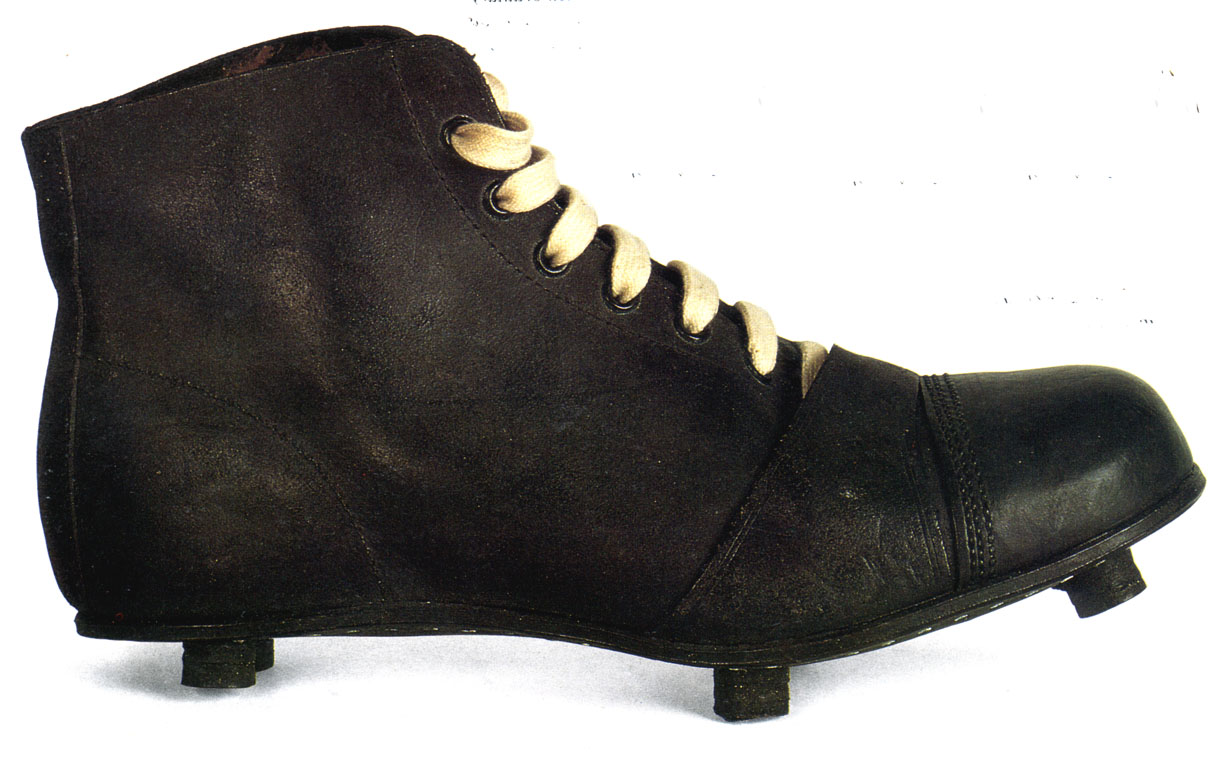 Moving forward 300 years saw football developing and gaining popularity throughout Britain, but still remaining as an unstructured and informal pastime, with teams representing local factories and villages in a burgeoning industrial nation. Players would wear their hard, leather work boots, which were long laced and steel toe-capped as the first football boots. These football boots would also have metal studs or tacks hammered into them to increase ground grip and stability.

Football boot styles remained relatively constant throughout the 1900’s up to the end of the second world war. The most significant events in the football boot world in the first part of the twentieth century were the formation of several football boot producers who are still making football boots today, including Gola (1905), Valsport (1920) and Danish football boot maker Hummel (1923).

Over in Germany, Dassler brothers Adolf and Rudolf formed the Gebruder Dassler Schuhfabrik (Dassler Brothers Shoe Factory) in Herzogenaurach in 1924 and began producing football boots in 1925 which had 6 or 7 replaceable, nailed studs, which could be changed according to the weather conditions of play.

Football boot styles shifted significantly after the end of the second world war, as air travel became cheaper and more international fixtures were played. This saw the lighter, more flexible football boot being worn by the South Americans being thrust onto the world stage, and their ball skills and technical ability amazed all those that watched them. Football boot production shifted to producing a lighter football boot with the focus on kicking and controlling the ball rather than simply producing a piece of protective footwear.

1948 saw the formation of the Adidas company by Adolf (Adi) Dassler after a falling out with his brother that was to form the cornerstone of football boot maker rivalry for the preceding years up to today. Brother Rudolf founded the beginnings of the Puma company in 1948, quickly producing the Puma Atom football boot. This led to interchangeable screw in studs made of plastic or rubber for the first time, reputedly by Puma in the early 1950’s but the honour is also claimed by Adidas (Read the Story on Footy-Boots). Football boots of the time were still over the ankle, but were now being made of a mixture of synthetic materials and leather, producing and even lighter shoe for the players of the day to display their skills with.

The technological developments of the sixties bought a momentous step-change in design which saw the lower cut design introduced for the first time in football history. This change allowed players to move faster and saw the likes of Pele wearing Puma football boots in the 1962 World Cup Finals. Adidas, though, quickly emerged as the market leader, a position it claims until the present day. In the World Cup Finals of 1966, an astonishing 75% of players wore the Adidas football boot.

The seventies began with the iconic 1970 World Cup Finals which saw a sublime Brazilian team lift the trophy with Pele again at the helm, this time wearing the Puma King football boot. The decade itself will be remembered for the way in which football boot sponsorship took off, where players were being paid to wear only one brand. In terms of design and style, technological advancements produced lighter boots, and a variety of colours, including for the first time, the all-white football boot.

The greatest development of recent times in the design and technology of football boots was developed in the eighties by former player Craig Johnston, who created the Predator football boot, which was eventually released by Adidas in the 1990’s. Johnston designed the Predator to provide greater traction between football boot and the ball, and football boot and the ground. The design allowed for greater surface areas to come into contact with the ball when being hit by the football boot, with a series of power and swerve zones within the striking area allowing the player to create greater power and swerve when hitting the “sweet spots”. The eighties also saw football boots for the first time being made by English company Umbro (1985), Italy’s Lotto and Spain’s Kelme (1982).

1994 saw Adidas release the Craig Johnston designed Predator with its revolutionary design, styling and technology making it an instant and lasting success. The Predator by now featured polymer extrusion technologies and materials allowing for a more flexible sole as well as the conventional studs being replaced by a bladed design covering the sole, giving a more stable base for the player. In 1995 Adidas released their bladed outsole traxion technology which are tapered shaped blades. Puma hit back in 1996 with a foam-free midsole football boot, known as Puma Cell Technology, to which Adidas responded again, this time with wedge shaped studs in the same year. The nineties saw new football boot producers Mizuno release their Mizuno Wave in 1997. Other new football boots came from Reebok (1992) and Uhlsport (1993) with other companies also joining the ever increasing, lucrative and competitive market place. Most significantly the nineties saw the entry of Nike, the world’s biggest sportswear producer, immediately making an impact with its Nike Mercurial soccer boot (1998), weighing in at just 200g.

As technology advanced still further, the application of the new research and developments were seen in the years into the new millennium right up to the present day and this has led to a reinforcement of the market positions of the big three football boot makers and sellers, Puma, Nike and Adidas (incorporating Reebok since 2006). Fortunately, there still remains room in the market place for the smaller producer that does not have the big money endorsement contracts at its disposal, such as Mizuno, Diadora, Lotto, Hummel and Nomis.

Recent developments since 2000 have seen the Nomis Wet control technology producing a sticky boot (2002), the Craig Johnston Pig Boot (2003), shark technology by Kelme (2006) and the exceptional design of the Lotto Zhero Gravity laceless football boots (2006) all of which underpin the successes that these smaller makers can achieve by producing specialised and technologically advanced football boots that provide a distinct differentiation from the mass produced products of the big three. Laser technology has also helped to produce the world’s first fully customised football by Prior 2 Lever, which is perhaps the most exciting and innovative of the recent developments.

As the debate rages with regards the lack of protection given by modern football boots, and the repercussion in terms of player injuries, there seems little to suggest that the major manufacturers are going to give up their quest for the lightest football boot for a more protective one. The proliferation of big money sponsorship deals, namely Nike Ronaldinho, Adidas with David Beckham and Reebok with Thierry Henry, has become a huge factor that drives the success and sales of a football boot maker, but is viewed as at a cost of injury and stagnation in football boot research and development. All we can predict for the future is integration with sensor technology, lighter and more powerful football boots and more outlandish designs and styles.

Football Boots have travelled a long way since King Henry strutted onto the fields of England in the 1500’s: the football boot has gone from a piece of everyday protective apparel, to a highly designed and cutting edge technological product which is a vital part of the player’s equipment.

Written By
Felipe
More from Felipe
Here's the new colourways for the Adidas F50.8 TUNiT ahead of Euro...
Read More