One year on from the launch of the last F50, it’s fair to say the adiZero has caused a revolution. The last 12 months have seen the adidas miCoach rolled out across all three of adidas headline silos, with thousands of players uploading an comparing their performance metrics on the miCoach.com platform.

Returning to the boot where it all began, adidas are rolling out the new generation of adidas F50 adiZero. 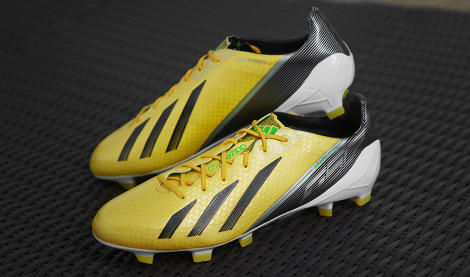 Whilst the first adiZero reinvented lightweight performance, and the second brought in the miCoach, the latest generation of F50 is all about precision engineering.

With all the materials and design elements of a truly great football boot at their disposal, adidas have spent the last twelve months finding out how to mack the boot ‘tick’ better; improving durability and performance without sacrificing any weight.

Yes, the weight remains at 165g, but adidas have once again done more with less to maintain the benchmark set by the first adiZero. At 1.5mm thick, the new Sprintskin is a class-leading synthetic, thin enough to maintain a natural contact without foot and ball. 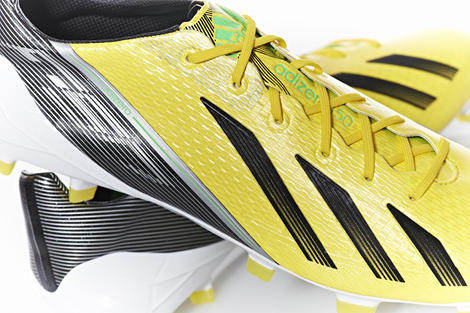 SprintWeb returns in the form of a' new 3D printed graphic encompasses the surface of the boot, improving friction for better control and instinctual touch whilst dribbling at speed and providing stabilised construction.

Finally the SprintFrame – the chassis that changed it all for adidas – is back; reenforcedto be stronger than ever, the third generation SprintFrame, according to adidas, is the final piece of a ‘perfectly balanced boot’.

As with the previous generation, the new adidas F50 adiZero will be fully miCoach compatible. The specially-designed cavity in the SprintFrame will safely house a miCoach SpeedCell which records performance metrics and statistical data such as' top speed, distance covered, and active zones. 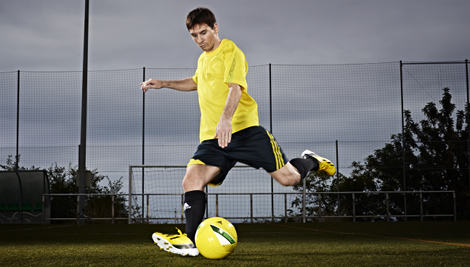 Launching first in a new Vivid Yellow / Black / Green Zest colour way allowing wearers to own the spotlight. Football fans will get an early preview of what the boots can do when the F50 series main-man Leo Messi, exclusively debuts them in the UEFA Champions League against Celtic on 7th November.

But, from mid-November onwards the rest of the world’s adiZero superstars will get in on the act; Dani Alves, Karim Benzema, David Silva, David Villa & co. will dominate the game in the adidas’ latest design. 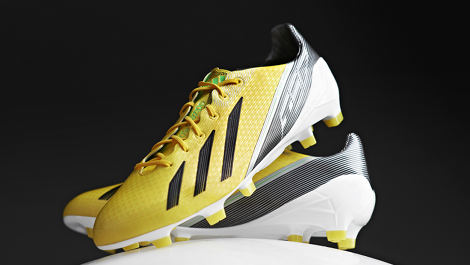 Landing in stores worldwide from 3rd December 2012 in Vivid Yellow / Black / Green Zest, will you be placing a pre-order for the new adidas F50 adiZero? Let us know in the comments!

ADIDAS REVEAL NEXT GENERATION F50 ADIZERO, 9.1 out of 10 based on 1 ratings https://www.footy-boots.com/wp-content/uploads/2010/05/adidas-f50-adizer-featured.jpg