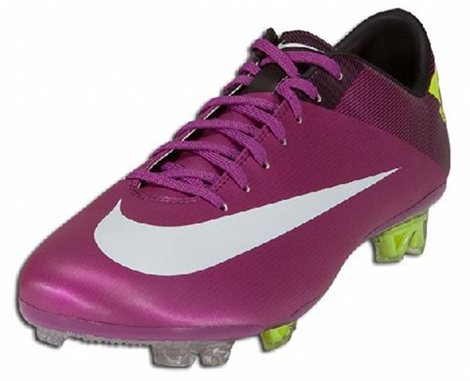 Whilst the Mercurial Vapor series has slipped down the pecking order since the launch of the original Superfly back in 2009, there’s no doubt that the original ‘speed’ football boots remain a popular choice for footballers the world over.

Looking on the feel of players in the top divisions like the Premiership, La Liga, Serie A and so on, you’re more than likely going to see the professionals wearing the £275 Superfly models – but on any pitch in the amateur leagues, it’s clear that the Mercurial Vapor is the more the people’s boot. 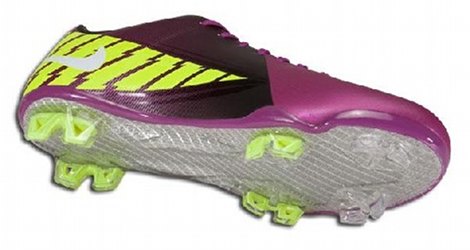 In acknowledgement of this fact, Nike have slashed the starting RRP of the Mercurial Vapor VII to £149.99, bringing them more in line with competitors football boots like the ‘standard’ adiZero and the Puma v1.10. 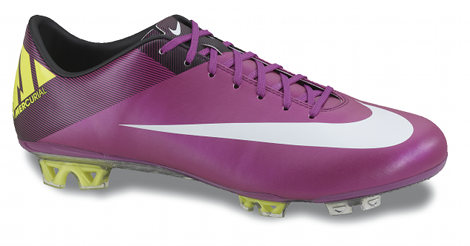 Also, the toe of the Mercurial Vapor VII has been lowered slightly, to allow players to get under the ball more easily, and improve ball contact – giving an overall more streamlined appearance.

Weighing in at 230g per boot, the Mercurial Vapor VII isn’t really challenging the adiZero of v1.10SL in this incarnation, but that’s still a very light football boot – thanks in no small part to a construction that will be similar to many Mercurial Vapor football boots fans.

The upper is once again constructed of a lightweight Teijin microfibre, providing comfort, flexibility and an excellent touch on the ball for a synthetic cleat, though we’re yet to see if the slight changes in shape will make the Mercurial Vapor VII a more pleasant boot to break in than the VI’s were.

As for the soleplate, the new Mercurial Vapor VII once again employs a glass fibre chassis, that offers a lightweight, durable footbed for these football boots to be built around, whilst offering excellent energy return when sprinting and shooting.

The final change in comparison to the Vapor VI is the Mercurial Vapor VII‘s high-visibility heel graphics. Designed around the concept of the ‘flicker’ effect that boots give when coloured in highly-contrasting graphics, the Vapor VII’s are designed to be the most visible yet.

Available in two colourways from the off – Marine Blue/Orange and Purple/Neon, the lighting-inspired heel flashes will make it easier for team-mates to judge the Vapor-wearing pals’ runs, strides and speed before they pick them out with a killer pass (also, we still don’t know what happens when everyone on a team wears the same boots, we can only presume that the universe will implode, but this still a working theory).

Available from the 1st of April 2011 priced at £149.99 – tell us, will you be making the Mercurial Vapor VII your next pair of football boots?

NIKE MERCURIAL VAPOR VII, 8.5 out of 10 based on 131 ratings https://www.footy-boots.com/wp-content/uploads/2011/03/NIKE-MERCURIAL-VAPOR-VII.jpg

Written By
Kyle Elliot
More from Kyle Elliot
Nike's latest Mercurial is their boldest creation yet - but does it...
Read More