The U-21’s European Championship is far an away one of the greatest chances to see some of the greatest footballing talent in the world finding their feet on the international stage, with some truly world class players on show it must be tough to turn down a place in the squad. 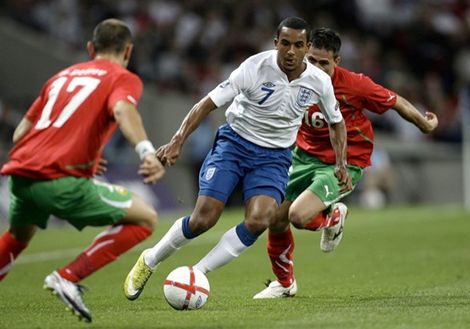 But that’s exactly what Arsenal’s Theo Walcott has had chosen to do for this year’s Under-21s Championship in Denmark, but the flying winger says it’s for all the right reasons.

Speaking exclusively to Footy-Boots.com at the launch of Nike’s new Superfly III football boots, Walcott emphasised the vital nature of the tournament and the importance of young English players getting the chance to experience international competition first-hand.

“The managers spoke to me this year, he’s said he’s not going to take me, so I think the good thing now is to let other players take over. You’ve got to give players that chance to come through and play. That’s what you want to see, young talent coming through and getting the experience.”

“I did it two years ago, and when I got the chance I did really want to go out and do it! I wanted to get out there, help the team.”

“There were so many players there, who are now in the Premier League week-in, week-out now – there’s no doubt it helps for players to go to tournaments like this”

As well as relishing the chance to break back into a rejuvenated England senior side'  over the coming months, the ex-Southampton youngster is looking forward to seeing who steps into his old football boots in the Under-21’s squad this summer;

“Hopefully, the next generation of players will come through this tournament. Looking back that was the first tournament I played in, and it gave me so much experience.”