There was an almighty ‘Hurrumph’ from some when Nike revealed the new CTR360 II to the football boots world at large late last month. People claimed that Nike hadn’t changed enough to warrant a full update and had actually taken one of the best things about the football boot away from it. 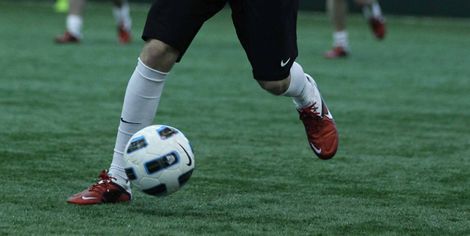 Well, here at Footy-Boots.com we’ve' thoroughly' tested the latest football boots to come out of Beaverton, and as huge fans of the original boot, read on to find out why these are still a pair of cleats to get excited over.

After just one iteration the CTR360 range has established a reputation for exceptional fit – probably the best in Nike’s range.

And despite the exclusion of the Memory Foam that we made such a song and dance over last time out (see the original review here – CTR360 boot test), many will be thrilled to know that this continues in the CTR360 II with absolutely no exception.

Having recently attended the CTR360 II launch and been in the same facility as over 5o people of varying shapes and sizes wearing the football boots, I can safely say that not a single person complained about the fit, with many lauding how comfortable they were.

Normally I do my best to keep these reviews as personal as possible, but this emphasises the universal love for the CTR360 II‘s fit – it has to be seriously forgiving to have that many people happy with how they performed.

That’s not to say they’re hugely loose fitting either (as that would be the easy way to make sure everyone’s feet fit them). The CTR360 II has a slightly longer lacing system than it’s predecessor, meaning you can tug and pull until the football boot fits right – all over your foot.

The CTR360 II‘s most publicised feature is the Kangalite upper, which I know you’re all familiar with by now (like Leather: lighter, less water retention etc.). The first time I played in the original CTR360, I described the feeling of the Kangalite as ‘airy’ and ‘foamy’.

Fans of the series will be pleased to know that Nike have changed the way that the football boot is put together, but only very slightly, and this fixes that problem. The upper is thinner, like the CTR360 Elites from the World Cup, and feels more tactile and compressed.

What this means for your average bod, is the KangaLite is' millimetres' thinner, giving the football boot a slightly better, more natural feel around the foot and the ball. The best way I can describe it is the CTR360 II feels more ‘reactive’ to the game, working with your foot rather than simply covering it.

It’s a shame then, that even with all these positives the KangaLite still misses that ‘glide’ across the ball that you get with K-Leather. But once you get past the fact that they’ll never become as ‘worn-in’ as your knackered old Copa’s, you’ll probably come to forgive this fact.

Whilst some people will argue that it’s slightly busy, with two colours and the dividing black stripe, everyone I’ve shown the football boot to thinks the cleat looks very, very sharp.

For me, it’s what a ‘current’ football boot should look like. No unnecessary graphics or gaudy design choices, something that looks like a football boot in deceptively simple colours.

The Challenge Red is a real stunner up close, metallicised on the CTR360 II to shift from brooding burgundy to racecar red.

I still reckon the extra Nike tick on the toe is a bit unnecessary, mind you!

Written By
Kyle Elliot
More from Kyle Elliot
See the football that Chelsea and Liverpool will use when they clash...
Read More