First spotted on the feet of the Argentine Aces at boca Juniors, the adidas Predator LZ – Bright Gold / Black / White is ready to storm pitches across the rest of the world! 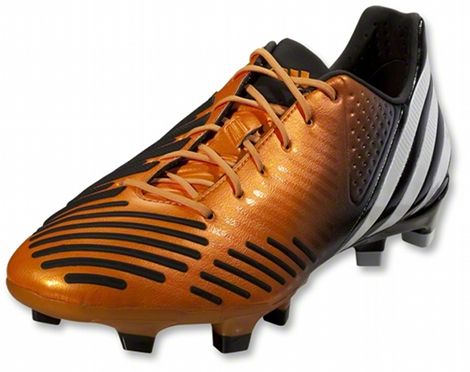 Having known that they were coming, we more than half expected to see the adidas Predator LZ – Bright Gold / Black / White on the feet of Iker Casillas, Xabi Alonso and Xavi at the Euro 2012 final, but alas it wasn’t meant to be. 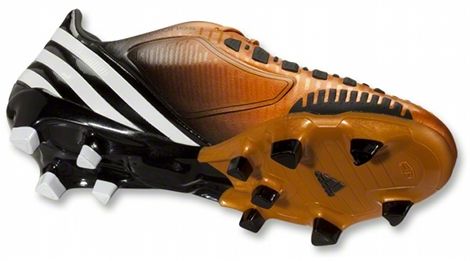 Instead, it’s entrusted with kicking off a new season of European football, and we reckon it’ll look pretty good whilst it’s doing so!

The likes of Diadora, Lotto, Puma and Nike have all released golden boots in the past, but not since the Predator Absolute can we remember adidas bringing the midas touch to their revolutionary Predator lineage.

We can see this one being more popular with professional players than amateurs, though – as we’re sure more than a few top-flight players reckon their worthy of their own pair of Golden Boots.

Surprisingly, we’re hearing that adidas will be sticking with the Bright Blue launch colourway for the London 2012 Olympic football tournament – something slightly surprising given the importance of the colour gold in Olympic branding.

Having tested the Predator LZ in our video review, we can safely say that the concept of the five Lethal Zones is a winning one, creating one of the most comfortable and well-performing boots in recent years.

Available to order from today, expect to pay something around £160 / $220 US for the adidas Predator LZ – Bright Gold / Black / White.

Written By
Kyle Elliot
More from Kyle Elliot
The Nike vs. adidas battle over Mesut Ozil has ended, for now...
Read More