Football boots are usually shown surrounded by fire, at the heart of a mighty thunder storm or forming the fangs of a deadly beast. But do you know what we never see football boots paired with? Butterflys.

So, when an image showing a sublime pair of football boots seemingly under attack from a giant butterfly – possibly in space – suddenly springs up on our Twitter feed, our interest is almost immediately piqued (take note, marketing teams world-wide).

And it’s just as well, as these Mizuno Morelia II’s in Pearl White / Morpho Blue are a limited edition release that set our heart a-flutter (no more butterfly puns from here on out, promise). 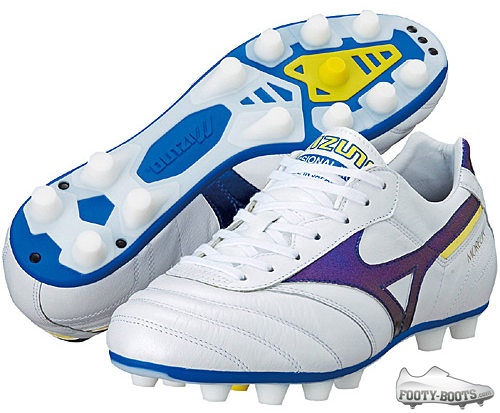 It’s been a little while since we’ve taken a trip to Japan to see what the lucky ‘ballers of the Far East get to pick up from Mizuno stores, but this limited edition release just had to be shared.

We’ve got a soft spot for the whole Mizuno Morelia range; from the Neo to the classics, but the tongue-less Morelia II is one of our favourites.

Inspired by the colours on the wings of butterflys the Morpho Blue shifts like pearlescent paint with the light. 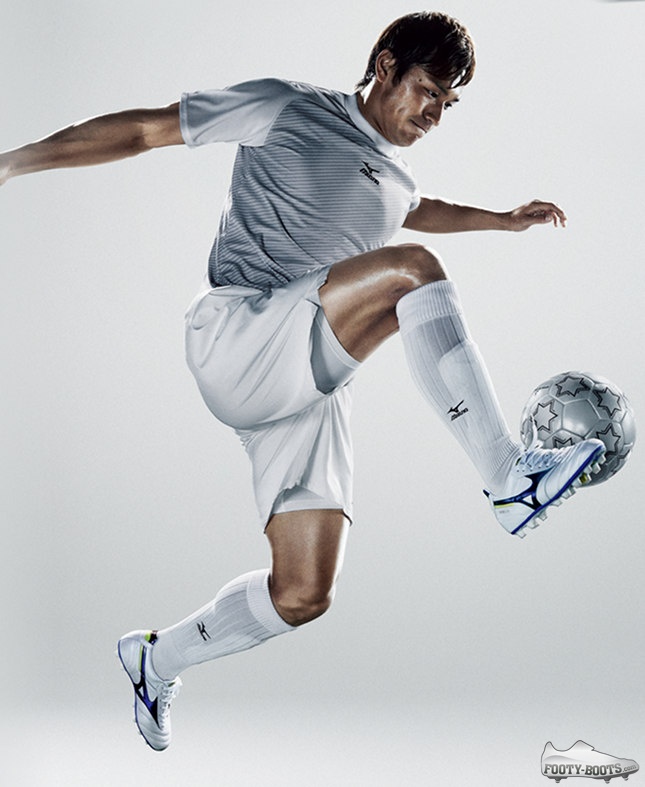 This colourway will be worn by' Toshihiro Aoyama of Sanfreece Hiroshima.

A defensive midfielder,' Aoyama has been putting in some good performances at c;ub level, even earning a place in the J-League team of the year last season. No to mention a worldie strike from inside his own half that gave him viral fame.

A potential inclusion in the Japanese World Cup Squad, Mizuno will be hoping' Aoyama can make a strong case for his inclusion in the Samurai Blue team and take this new colourway to Brazil along with him.

As Sanfreece Hiroshima play their home matches in a striking purple and Japan play in Blue, Mizuno’s colour-shifting Morpho Blue captures both of these colours in its dynamic colourway, representing the players desire to wear both shirts in 2014.

Available to pre-order in Japan now, the' Mizuno Morelia II’s in Pearl White / Morpho Blue will see a limited retail release on May 10th, for all you import-savvy Footy-Boots readers.

Mizuno Morelia II Gets ‘Morpho Blue’ Limited Edition… in Japan, 7.9 out of 10 based on 27 ratings https://www.footy-boots.com/wp-content/uploads/2014/04/mizuno-morelia-ii-morpho-blue.jpg

Written By
Kyle Elliot
More from Kyle Elliot
The King II gets a fresh new colourway that will look right...
Read More