Sergio Aguero took to training with Manchester City yesterday wearing an all-new white-out prototype from sponsors Puma – likely to be one of the first phases of testing for the Puma evoSPEED 1.3.

The Argentina international played out half of Tuesdays training session in his usual footwear, before switching them out for an all-white model for the remainder of the morning. 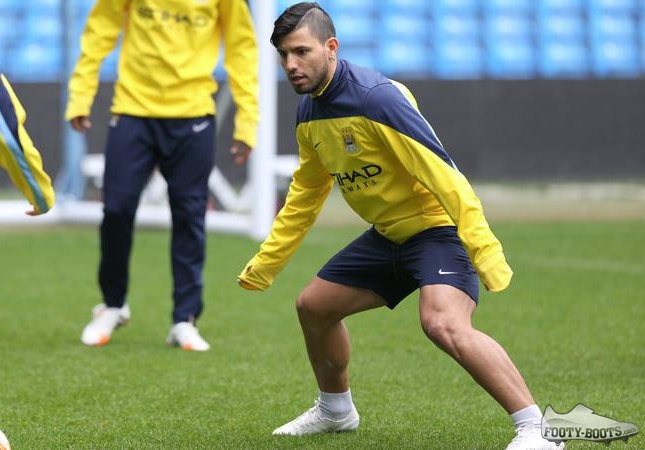 Having made club history in the Puma v1.11, Aguero has been one of the main men for Puma’s speed football boots, having fronted campaigns for both the evoSPEED 1 and 1.2 – usually with sprinter Usain Bolt.

This incarnation certainly looks to be as fast as its predecessors, too, with a low profile ankle-cut and side offset lacing combining with a hybrid soleplate for a fast aesthetic. 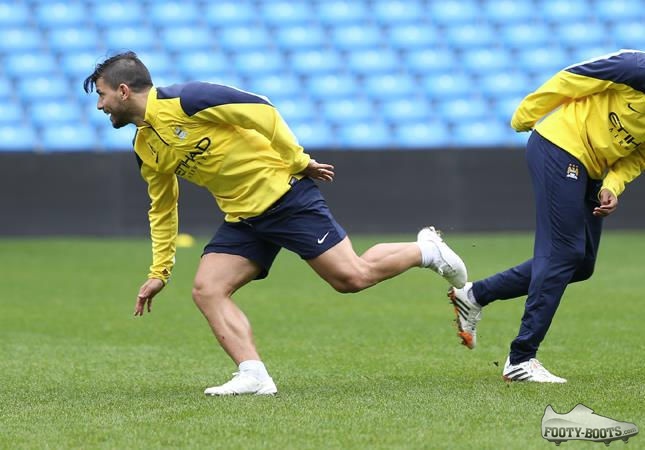 Another current Puma speedster to be clocked wearing something new was Arsenal’s Santi Cazorla.

The Spanish international is one of the newest players in Puma’s ever-increasing stable of athletes, but it seems Cazorla is already providing feedback that will shape the Puma evoSPEED 1.3, when it releases later on this year. 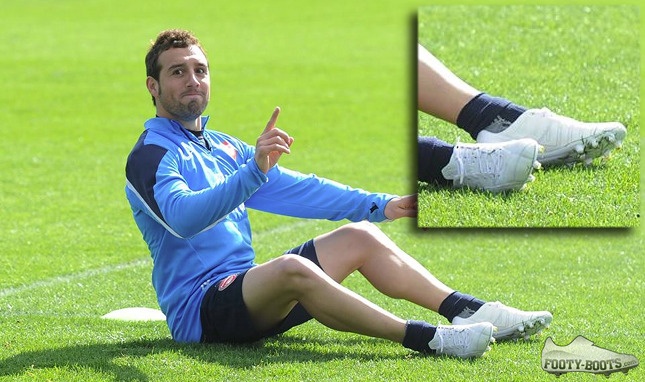 Cazorla arguably provides a better look at what Puma have planned, with a large ‘PUMA’ wordmark stitched into the forefoot, along with a conical stud system that seems to build on the ideas of the 1.2.

Is a new Puma evoSPEED 1.3 something you can get excited about?

Thanks to DDChile for sending in the spot! Images via the Manchester City and Arsenal Facebook pages.

Written By
Kyle Elliot
More from Kyle Elliot
Win the chance to go to every major event at Wembley in...
Read More