As often happens with Puma football boots, we’ve been seeing these eek out onto pitches throughout December, but now it’s time to officially pull back the curtain on new Puma King – Black / White / Red! 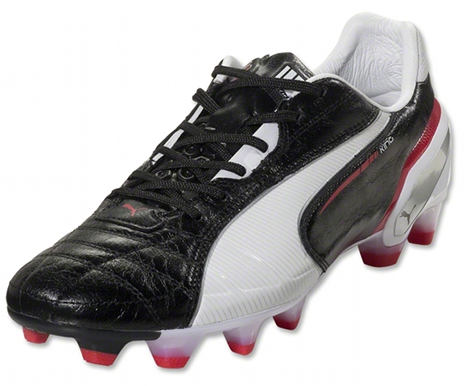 As it’s been hidden in plain sight over the Christmas period, we’ve had dozens of emails about the Puma King – Black / White / Red, with most of them coming from long-time Puma King fans who are looking for something a little more like the boots they know and love!

And there can be no doubt, the Puma King – Black / White / Red is exactly that! A classic black leather upper and white Formstripe have been hallmarks of the King for nearly half a century, whilst the flashes of red in the design hint at the more modern nature of the 2013 King.

Featuring a whole family of new touchCELL technologies, the Puma King is designed for the classy player who is looking to take control in the middle of the park with an assured touch and confident distribution. 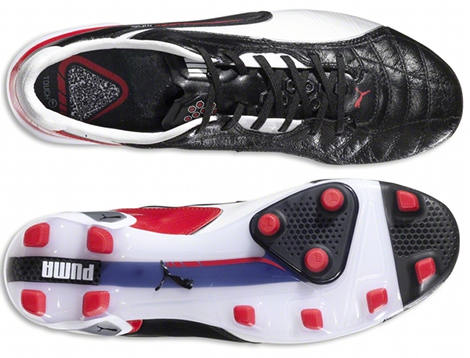 The thin, textured tongue allows a truer feel on the ball, as well as a better transfer of energy when striking shots or picking out long-ball passes. The forefoot vamp has also been designed, cushioned and stitched to reduce break-in time, improve flexibility and provide a better toch on the ball.

Moving away from the excellent soleplate on the King Finale, the new Puma King brings a whole new plate to the fore; a mix of conical and more angular studs placed in a completely unique pattern offer incredible stability for confident passing and shooting. 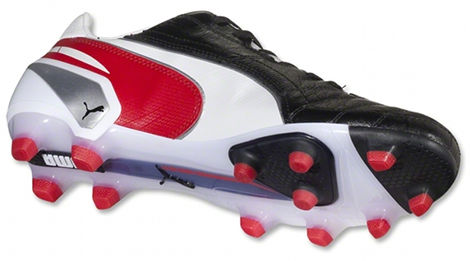 As always, though, it’s the upper that’s at the heart of the Puma King. The Puma King – Black / White / Red colourway really shows off the softness of the leather used on the forefoot and inside of the heel, and combines well with a synthetic to create a mix of the classic and modern – summing up what the new King is all about.

Which of the two Puma King colourways do you prefer? Will you be picking a pair up when they launch this month?