Nike are bringing the curtain down on another memorable season for Cristiano Ronaldo in assured style with the announcement of a new limited edition CR7 Nike Mercurial Vapor IX.

Ronaldo has chalked up another barnstorming season in Madrid, averaging over 1 goal per game, becoming the clubs fastest ever player to 200 goals and deservedly being honoured as the best player in the world this year at the Ballon d’Or ceremony in January. 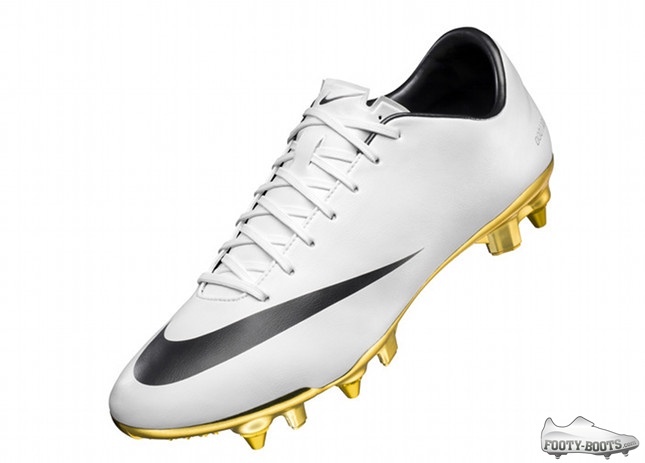 Limited to just 100 pairs, these Vapor IX’s will surely be a favourite amongst collectors thanks to a clean look of white, black and metallic gold coin on the soleplate.

Nike say this colourway is a knowing nod to CR7’s affinity for white football boots, with the gold marking his achievements coating his preferred SG-Pro hybrid soleplate. 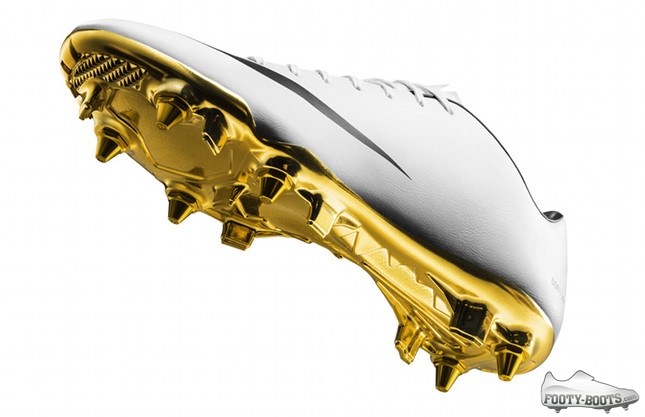 Ronaldo will give a debut to these stunningly simple cleats as Real Madrid take on Barcelona in an ‘El Clasico’ Copa del Rey final on April 16th, giving Cristiano Ronaldo a golden opportunity (sorry) to make this colourway a memorable one by capturing some silverware whilst wearing them.

Will you be picking up a pair?

Written By
Kyle Elliot
More from Kyle Elliot
The stars of the Nike Ordem video chat about making the viral...
Read More