Metatarsal injuries are always at the forefront of the news, with some of the most high-profile players on the planet having suffered from fractures to the tiny bones in their feet in the past decade.

And who’s copped the blame for this drastic increase in this type of injury? Football boots!

Despite our best attempts to prove to the contrary, many top managers and experts say that the new, thinner, more lightweight football boots don’t afford the same amount of protection and increase strain on the bones of the foot.

So, some are trying set this right. Concave, for example are offer a damn-near indestructible strikezone that also helps protect this vulnerable area of the foot.

And here’s another brand trying to capitalise: MetaSox. 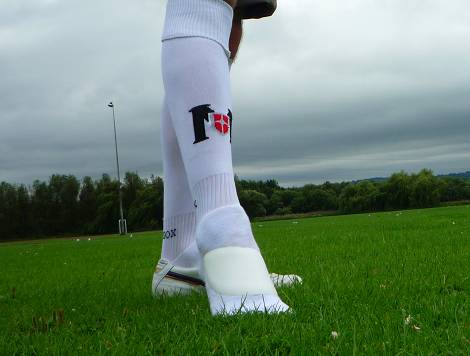 Do they work? Well we set our resident Pro David Hunt of Brentford FC and reviewer Kyle to see how they hold up. 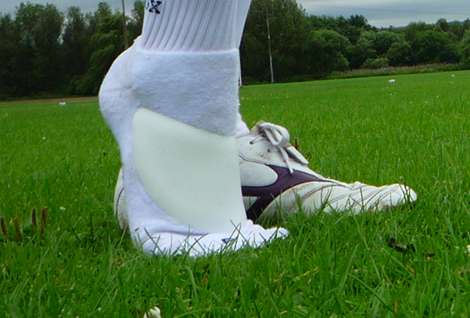 My first impressions were good, once I put the sock on I thought it felt comfortable and very light, the concept of having padding across the top of the foot is a great idea especially for players wearing Mercurial Vapor Superfly II‘s and adidas F50 adiZeros as the materials are very thin and could do with extra padding.

As protection goes I think its a good design and definitely gives extra padding, the only problem I had was the logos over the sock, I like to wear white socks on match days and having the logo means I can˘€žËt wear them, if this was removed then I would like to try them out in a game.

Our other player (who shall remain unnamed) that wore them had suffered from a broken metatarsal previously, he said the padding was good and gave him an extra confidence to strike the ball properly without thinking of his foot.

Also I have only washed the socks twice and I question how many washes they can withstand before they start wearing away but so far so good. 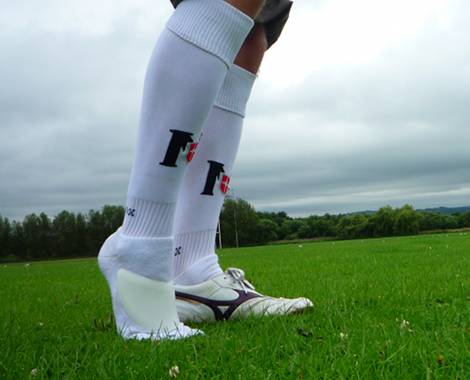 First of all – kudos to MetaSox for the positioning of the silicon pad – it’s high enough up the foot so that it doesn’t interfere with the bending of the toes. Once your foot is in your boot, you don’t notice the pad at all.

Like Hunty, I like wearing the sock in training, but the branding is pretty obvious so I couldn’t wear them in a match – and I hate wearing two pairs of socks when playing so putting another pair of socks over the top isn’t an option. As such, when the season starts I might have to ‘Do a Hunty’ and chop my match socks up to wear with my MetaSox.

I’m in agreement on the concerns about the durability, too. Whilst they’ve had a few washes and have held up perfectly, I worry that the weight of the silicon might pull away from the material of the sock after a few too many washes – but again, as with Hunty, I have had no problems so far.

Oh, one last thing – even if you’re the biggest hypochondriac in the world – don’t try and wear MetaSox with a pair of Concave PT+‘s, your feet just won’t fit! 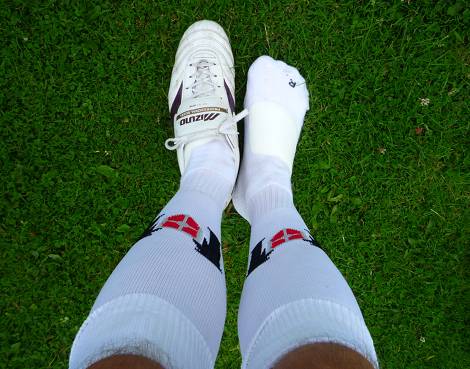 The MetaSox fill a gap in the market that, in our opinion, needed to be filled. If you’re recovering from a foot injury and are struggling for your match confidence back, then MetaSox are genuinely going to help your road to recovery.

Both of our testers enjoyed the non-intrusiveness of the design, meaning they could get on with their game and not have to worry about the silicon pad.

One thing for you speedsters out there: Whilst they do feel light on your feet when playing, each MetaSox sock weighs in at around 95g – so if it really, really matters that your feet are weightless, bare in mind that these socks will make your Puma v1.10 SL‘s heavier than, say, the Umbro GT Pro – but still nowhere near the weight of an adidas Predator_X.

If you think MetaSox might be for you, check out pricing and designs over at www.metasox.com

Written By
Kyle Elliot
More from Kyle Elliot
Leo Messi's created his own mash-up of the old and new on...
Read More