The more understated (but not by much) of the launch colourways, it’s time to pay tribute to the Black/White/Electricity adiZero Prime following it’s reveal yesterday! 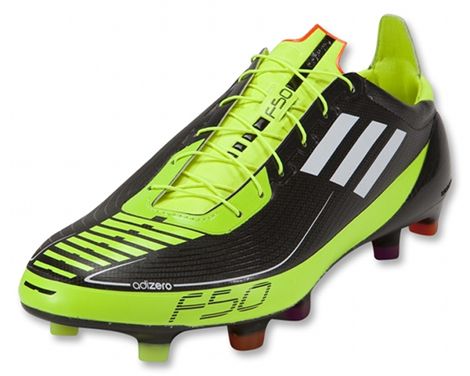 Having wondering what this colourway would look like in the flesh for the best part of 6 months (after spotting it in testing), it’s great to finally be able to see the boot first hand.

Don’t tell the Warning Orange adiZero Primes. but this colourway is definitely our favourite of the two launch colourways! The fact that they’re honest-to-goodness black (as opposed to an obsidianor ‘army’ green) really makes the two secondary colours ‘pop’ making these football boots look really fearsome, cool, and above all fast.

The choice of 3 additional colours on the studs is also pretty sharp (even if they do look a bit like sweets), as the red and purple both look nice against the Black/Electricity.

For those who’ve not been keeping up with the release, here’s all the details to bring you up to speed on the changes from the adiZero to the adiZero Prime:

The adiZero Prime re-instates adidas as manufacturers of the worlds lightest football boots, tipping the scales at a unfathomable 145g, knocking a whole 20g per boot off the original adiZero.

Secondly is a the reason behind this weight-drop; the new upper. Dubbed the adiTwin Light, this newly designed material is exclusive to the adiZero Prime (sorry Leather fans, no option here!) and is once again a single-layer synthetic for optimum comfort, ball feel and, of course, weight-reduction. 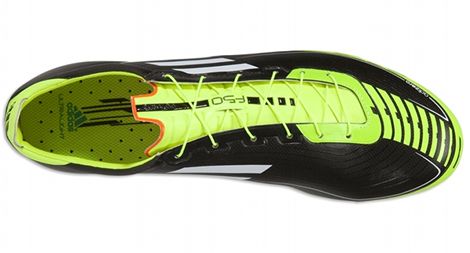 adidas tell us that Pre-Orders will begin early January for the new adiZero Prime, after it’s reveal this weekend and the Prime version of their new football boots will see players having to pay £260/$400 for the privilege!

Expect to then start to see players in the Primes throughout January 2011, building up to a February 1st launch date Worldwide for both this Warning/Black/White and the Black/White/Electricity colourways. 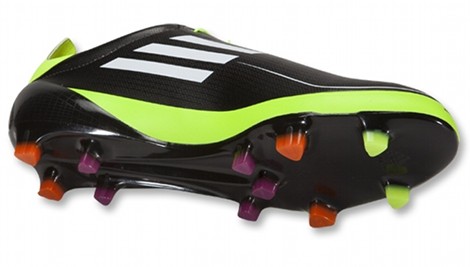 What do you think to this colourway? Which of the adiZero Prime launch colours do you prefer?

ADIZERO PRIME BLACK/WHITE/ELECTRICITY, 4.7 out of 10 based on 43 ratings

Written By
Kyle Elliot
More from Kyle Elliot
The New Barcelona Home shirt for the 2011 / 2012 season has...
Read More