According to Castrol EDGE performance analysis, Arsenal have conceded under one goal per Premier League game with Belgian defender Thomas Vermaelen in the side this season, compared to 2.3 per match without the former Ajax player. 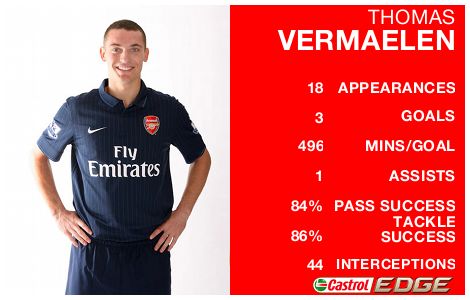 The ‘Verminator’ as he is known to the Arsenal Faithful recently made the switch from adidas Predator boots to the Nike CTR360 Maestri II and has been in fine form since starting the season with a Achilles injury.

Talismanic skipper Robin van Persie has provided the inspiration for that run, with the Dutchman having netted 21 times in his last 20 outings at the Emirates.

He has also found the target four times in his last five meetings with Newcastle, suggesting the Magpies have yet to find a way of containing him. 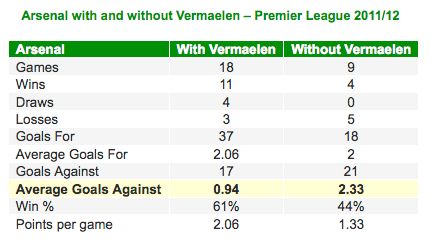 Alan Pardew’s side have, however, avoided defeat in their last three Premier League games with Arsenal.

That said, they have won only two of the last 18 meetings between the two sides in the top flight.

They have also struggled on their travels this season, conceding 21 times in their last eight games on the road – including five at Spurs the last time they visited North London.

Arsenal will be fighting for the chance  to move within third-place Tottenham Hotspur, whilst Newcastle find themselves in the unlikely position of being within five points of Chelsea in 5th – a win at the Emirates tonight would put the Magpies in a hugely favourable position for European football next season.

Who do you think will prevail under the floodlights at the Emirates tonight? Let us know in the comments!