With Russia and the Netherlands out of the tournament, this is a European Championships for the ages as the form-books have clearly been thrown to the wind. 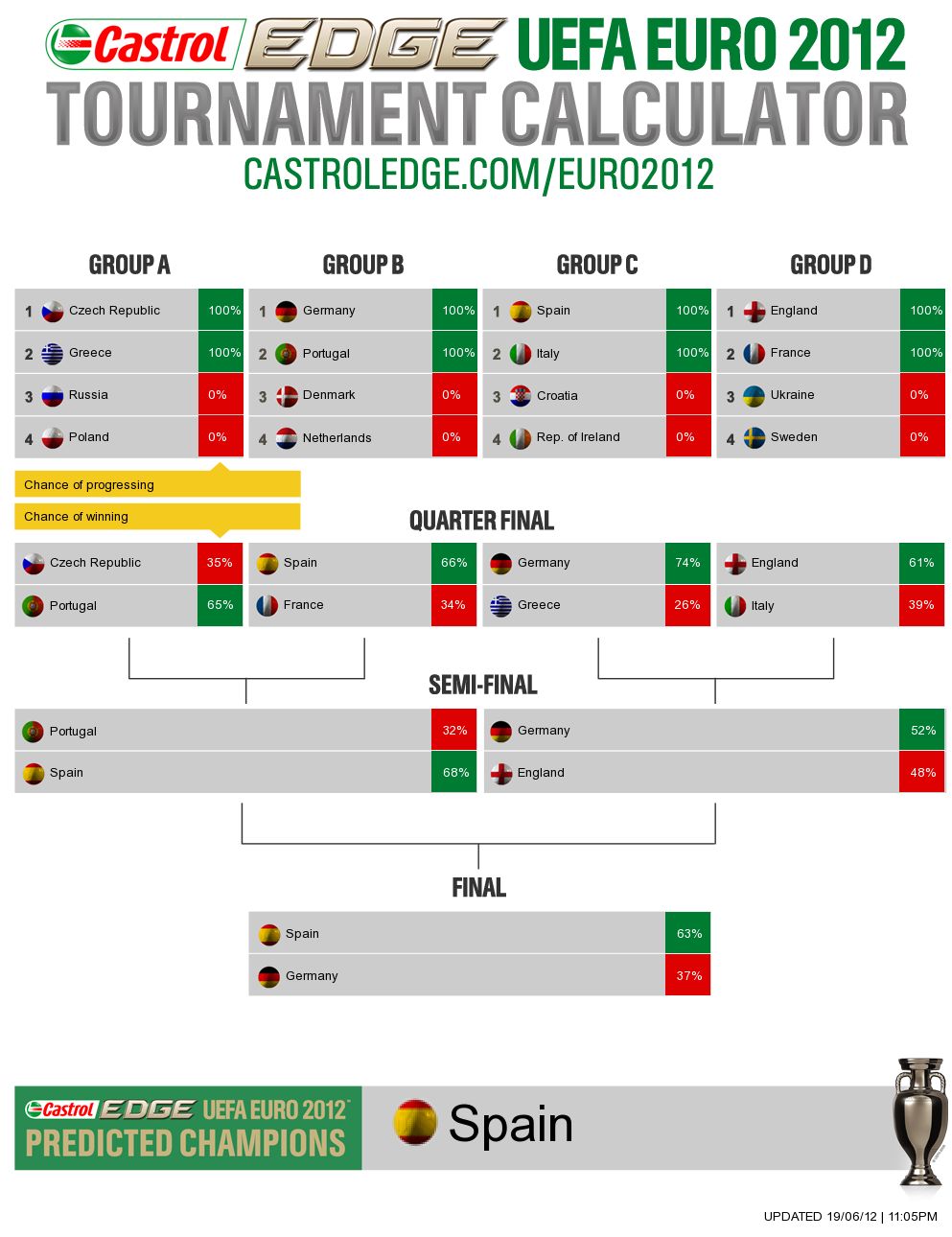 So, who can we count on to give us a prediction for the Knock-out stages?

Well, as usual, the stat-mad number-crunchers at Castrol have got us a rather tasty look at the knock-out stages of Euro 2012 – and seem to have come up with some very likely outcomes for the quarter finals.

Going into the tournament, the Netherlands was most likely to make it to the Final to take on the reigning champions Spain in a repeat of the closely fought 2010 FIFA World Cup™ Final.

But now, following the Dutch team’s failure to win a single game,  Germany are favourite to take on Spain, but the match is set to be a one sided affair, with Joachim Löew’s men having just a 37% chance of winning the match and tournament.

Roy Hodgson’s England now have a 61% chance of progressing through their Quarter-Final tie against Italy, compared to 58% going into the competition. Victory would see them set up a Semi-Final clash with old rivals Germany. 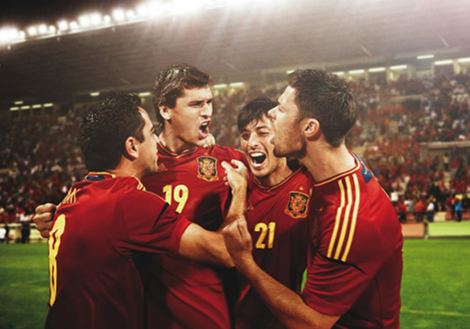 Are Spain unstoppable? The Castrol Calculator thinks so…

– Spain are likely to see off fierce rivals Portugal in the Semi-Final with a 68% chance of progressing. Portugal’s strong performances have seen Cristiano Ronaldo’s team exceed expectations and progress out of Group B – the group of death – at the expense of the Netherlands who were tipped to top the group.

– France’s strong performances have also seen them progress out of the group – something that they weren’t tipped to do at the start of the tournament – but they will find themselves struggling to overcome Group C winners Spain in the Quarter-Final, exiting the competition at this stage (34% chance of victory)

– Germany’s route to the Semi-Final is set to be the easiest with a 74% chance of beating 2004 winners Greece, but to make it to the Final they will face a tougher test from England, in what is set to be the most closely fought match of the knock-out stage (Germany have a 52% chance of victory)