Tonight’s friendly between England and Holland should prove to be a corker as two forward-thinking sides meet under the floodlights at Wembley Stadium. 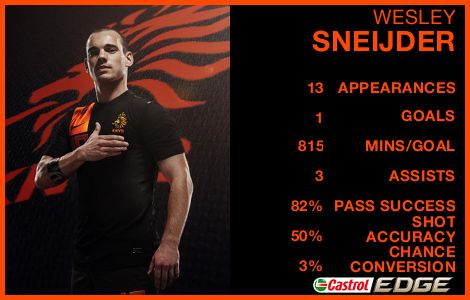 Holland’s World-class forward line goes head-to-head with the fearless young stars of the Three Lions, but who will have the edge going into the game?

Ahead of Wednesday night’s friendly, Castrol EDGE Performance data shows that the Netherlands’ strike force has been more prolific than England’s this season. 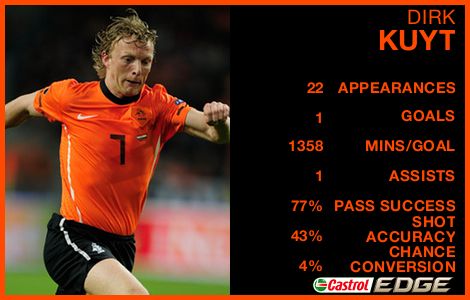 Between them, Robin van Persie, Wesley Sneijder and Dirk Kuyt have scored 35 league goals (a total which goes up to a staggering 43 if you throw the lethal Klass Jan Huntelaar into the mx) – far more than the 17 that Danny Welbeck, Daniel Sturridge and Ashley Young have amassed. 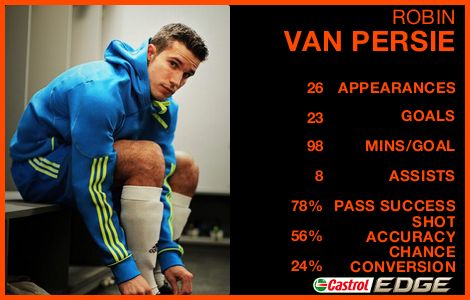 Whilst Robin van Persie’s average of a goal every 98 minutes will come as no surprise to followers of the Premier League, Klaas-Jan Huntelaar has been in similarly impressive form in the Bundesliga.  He is currently the league’s joint top scorer, and his shooting accuracy (68%) and chance conversion rate (32%) are actually superior to van Persie’s (56% and 24%). 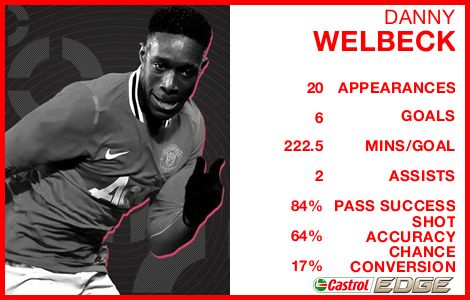 Of the English strike force, Danny Welbeck has been the most clinical. Although the Manchester United hit-man has only six league goals to his name, a shooting accuracy of 64% will help England to compensate for the notable absence of Wayne Rooney. 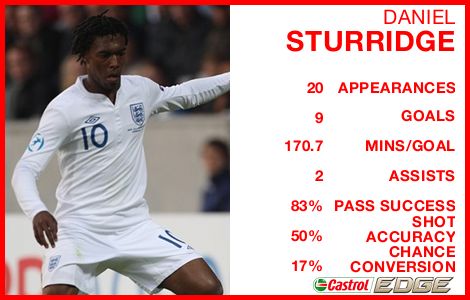 Daniel Sturridge has also been in impressive form, with a 17% conversion rate and firing a shot on goal every 29.5 minutes. 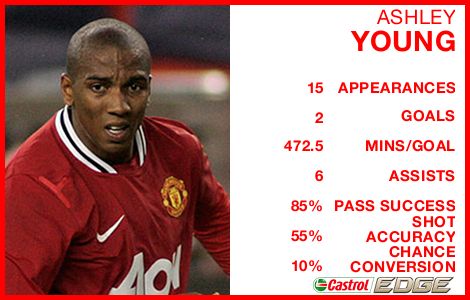 The Netherlands will also have to cope with the wide threat of Ashley Young, who creates an average of one chance every 43 minutes.  Nevertheless, this is inferior to both Robin van Persie (35.8 mins) and Wesley Sneijder (29.1 mins), suggesting that Stuart Pearce’s defence will have to be on top form on Wednesday night.

Who do you think will come out on top in tonight’s friendly?

Written By
footyboots
More from footyboots
https://www.youtube.com/watch?v=Pj2PNnvsFoU Footy-Boots.com are the first on the Web to share this exclusive...
Read More