When you’re on a team with football boots-fashionistas like Cristiano Ronaldo, it’s got to be tough for your cleats to make the headlines – especially if you’re the ‘keeper! 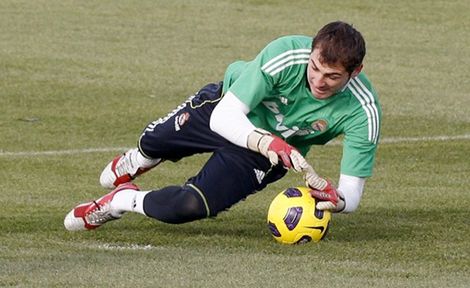 But Iker Casillas is not one to disappoint, as Footy-Boots.com clocked the stopper in an unusual pair of Reebok Football Boots.

Despite wearing the Instante Pro II for all of Real Madrid’s matches, Casillas spent last week training in a customised pair of Valde Pro II football boots – with the addition of a massive tongue to the model!

Normally, the Valde Pro II is a sleek and trim power football boot – but here Casillas has asked for the inclusion of the tongue similar to that used on a heritage boot like the Mizuno Morelia or Copa Mundial.

Definitely an unorthodox customisation, and it’s great to see a smaller brand like Reebok being able to whip up a custom pair football boots for one of their stars – though we’re not sure the black elastic that’s used to hold it down really fits the rest of the Valde Pro II‘s colourscheme – tut, tut Reebok!

World Cup Winner Casillas is arguably the biggest names that Reebok have on their books at the moment having worn his signature Casillas Goalkeeper gloves for years With Ryan Giggs edging closer to retirement and Thierry Henry enjoying the MLS off-season at the minute, if the Bolton-Based brand were going to create some custom football boots for any of their players we’re guessing Iker would be top of the list! 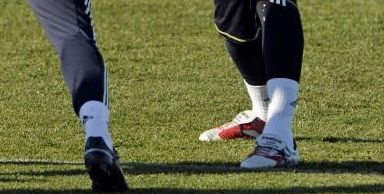 But it begs the question, what are Reebok up to at the moment? It seems like forever ago since they released a new cleat!

Ever since adidas acquired the British football boots manufacturer, they seemed to have slowed production to a crawl – hardly ever releasing a new colourway.

As someone who grew up playing in Reebok, this is definitely a sad state of affairs, here’s hoping they come back and have a great year in 2011!