Iker Casillas will be carrying more than the hopes and dreams of millions of Madridistas when he takes to the pitch in the UEFA Champions League tonight, as his new Reebok Goalkeeper gloves will also bare the logo of his charity. 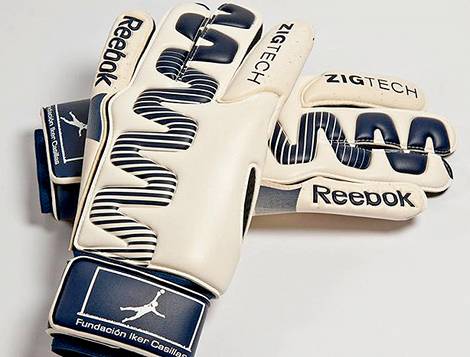 Having previously worn the Valde series of Reebok Goalkeeper gloves, the World Cup winner will be between the sticks tonight in a brand new pair of Reebok gloves.

The new Reebok Casillas Zigtech Goalkeeper Gloves feature the same ZigTech foam from the adidas-owned brand’s popular ZigTech trainers, across the back of the gloves for re-enforcement.

The rest of the glove is cut from 4 mm thick latex on both the front and the back, for maximum comfort and absorption when catching and punching.

The latex sits on a unique reinforced mesh body, that’s designed to move with Casillas’ hands, as well as keep them cool during the match.

The palms themselves are made of a graphite latex that’s an additional 2mm thick, for optimum adhesion with the ball as well as lightness and flexibility. 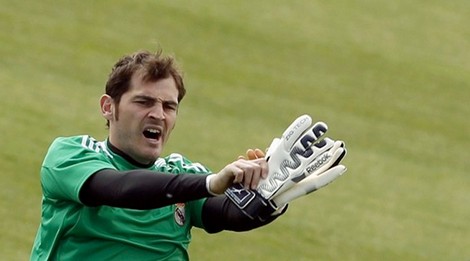 Most interestingly, the wrist-strap of Casillas’ new goalkeeper gloves now features the logo of his charity; the ‘Iker Casillas Foundation’. Casillas uses his charity for various means including; humanitarian work, donations to needy children, gender equality – you name it!

Casillas will be the only goalkeeper in the world to wear these gloves, and is confirmed to wear them for the two Champions League matches against Barcelona.

After that, we’d have to guess that it’ll be a case of if Madrid win and progress to the final, Casillas will wear them for the rest of the year! Rate it:

What do you think of these new Iker Casillas Reebok Goalkeeper Gloves?