Brazilian brand Penalty have come up with an innovative way for eagle-eyed fans to get the latest information on their football boots, via a special QR code on their prototype boots. 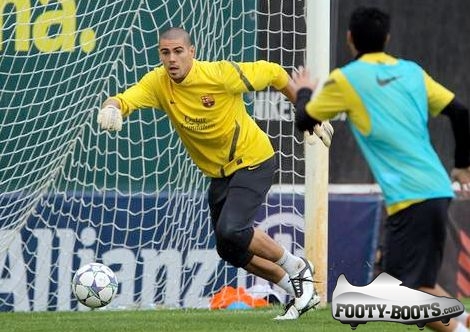 Here at Footy-Boots.com we’ve seen plenty of players modelling anonymous-looking black-out football boots, and whenever we ask the brands for a statement, we’re usually met with a firm ‘No comment’, ‘It’s a future release’ and very rarely a ‘How did you get my home number?’.

We know that players are testing a top-secret, unreleased boot, but there’s very little we can do to get information on it.

However, Penalty have created an awesome way to get info on their latest football boots to die-hard fans, and capitalise on the recent flurry of interest in the Brazilian company after they signed Barcelona’s Number One stopper, Victor Valdes. 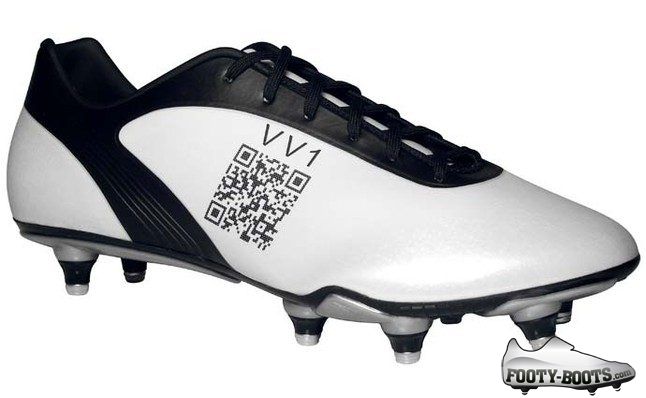 Rather than wearing the current Penalty S11, Valdes is helping Penalty develop a new version of the S11 for release in 2012; and in Saturday’s game against Real Zaragoza, Valdes wore the very first prototype of these exciting new cleats.

Rather than blacking them out completely, Penalty have printed a QR Code onto the side of the boots, so keen fans can scan the Spanish stopper’s boots using their mobile device, cell phone or webcam. 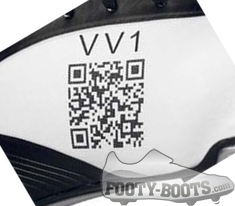 They will then be re-directed to a previously inaccessible area of the official Penalty website to get pictures, video and insider info on the new Penalty S11 – before anyone else!

It doesn’t stop there, either. Penalty have told us that more information will be revealed every time that Valdes wears their prototype football boots, so it’s well worth keeping scanning if you want the latest info!

We think it’s a brilliant way to make sure your most die-hard fans get info before anyone else, and massive props to Penalty for coming up with it!

Written By
Kyle Elliot
More from Kyle Elliot
Go behind the scenes with Wayne Rooney, Didier Drogba and the team...
Read More