Rapid Vienna have decided against wearing an all-red strip for next week’s Europa League meeting with Celtic claiming that they had made their decision out of a mark of ‘respect’.

The club had planned to resurrect the strip that was worn back in 1984 when the two sides met in a European Cup Winners Cup match at Parkhead. Celtic won the game but were ordered to replay the match after a Rapid’s Rudolph Weinhofer falsely claimed to have been hit by a bottle thrown from the crowd. The Austrian team then won the bad tempered replay, staged at Old Trafford, 1 – 0. 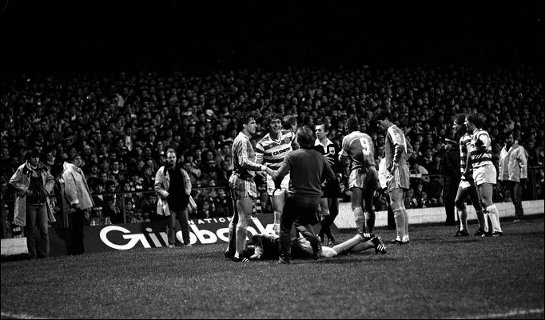 Despite TV evidence proving that no bottle was thrown, Rapid appealed twice to Uefa and got a replay

As a result, Rapid have changed their minds. Speaking to the Guardian newspaper, spokesman Sharif Shoukry said:

We don’t want to provide any more fuel to the fire or escalate the whole situation. We have been surprised by Mr McGarvey’s comments. He talked about us wearing a red strip to stir up a hornet’s nest. That’s not true.

The plan now is to show respect and not wear the red strips we wore at Old Trafford. We will wear red tops, blue shorts and blue socks.

Written By
Felipe
More from Felipe
Rafael Benitez is hoping that his influential skipper will recover in time...
Read More