After leaks and speculation aplenty, it’s finally here – the new Manchester United Home Shirt 2012-13 has landed and it is indeed more than a little different to those that have preceded it. Let’s see if you can spot how… 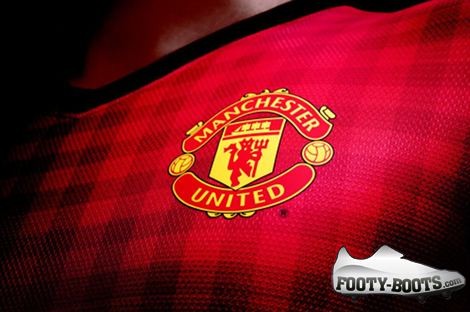 As some of the early photos suggested, the Manchester United Home Shirt 2012-13 shirt will feature the iconic gingham check that hailed from Manchester’s famous cotton mills.

According to the accompanying press release, Manchester United Football club’s success has been founded on the traditional values of respect and hard work. Those values are what made Manchester the city it is and from the mid 18th century the cotton mills there were prolific in the industry. 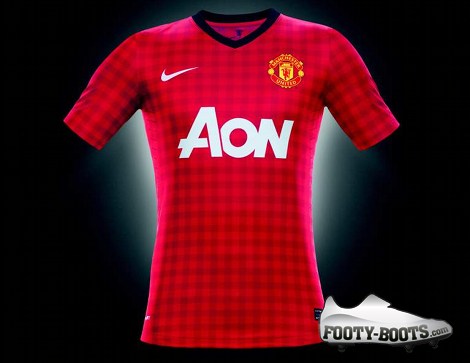 The tonal gingham in traditional and iconic red gives the home shirt a bold new look. The black v-neck collar gives the shirt a contemporary look. The inner back neck graphic on the shirt reads, ‘Forged in Industry, Striving for Glory’; paying tribute to the cities industrial past but also the club’s hard- working ethos.

The outer neck graphic is the iconic devil symbol so synonymous around the world with Manchester United whilst a diagonal hatched graphic on the white shorts is a subtle link to the gingham used on the shirt. 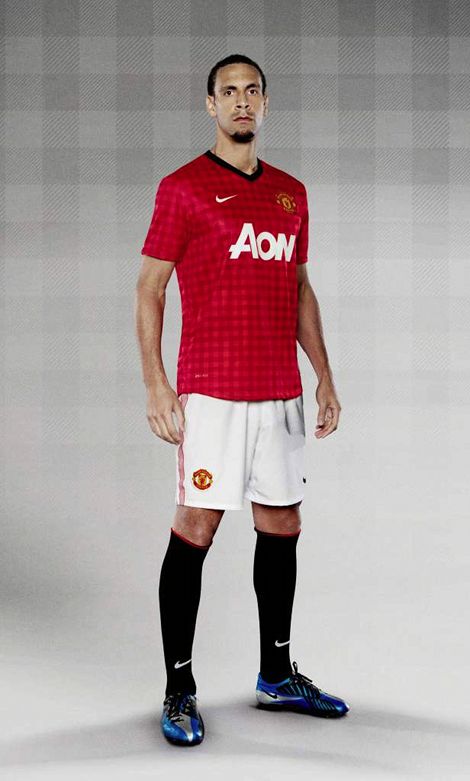 The socks are black with a red detail on the top and a white devil icon. They offer a new and innovative design featuring an updated cotton footbed offering the support and comfort enjoyed by professionals to all that wear them.

Whilst the kit combines modern sport and youth style to give the club an iconic new look, Nike’s innovation gives the team our most technologically advanced kit to aid athlete comfort and performance.

As with the rest of Nike’s 2012 lineup, the Manchester United Home Shirt 2012-13 is comprised of material made from 13 recycled plastic bottles, to create a kit that is lighter, stronger and more breathable than ever.

What do you think of the Checked look for the Red Devils?