What’s your favourite thing about the Carling Cup? Watching Arsenal’s youngsters perform, hoping that your team can upset one of the big boys or perhaps it’s that the pies taste just that little bit better at a midweek Cup encounter?

Whatever it is, Carling want to hear from you.

To mark the 50th anniversary of the League Cup, Carling has launched ‘It’s your shout’ on their official website. The Cup sponsors will be talking to players and managers about their experiences in the tournament but, and far more importantly, they want to get the fans views as well.

All you need to do is log on to the web site, explain why you’ve enjoyed this season’s competition in no more than 50 words, and if your views are published, you’ll receive a case of Carling. Told you it was important! 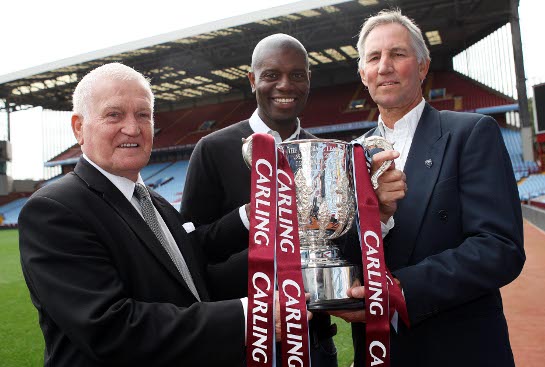 To launch the competition, veteran Aston Villa star Bobby Thomson, who played in the inaugural final, got together with Villa legends Ian Taylor and Chris Nichol, winners in 1996 and 1977 respectively, plus the original League Cup trophy.

So to get supping, get writing.

Written By
Felipe
More from Felipe
Wayne Rooney might be fit enough to feature in Manchester United's Premier...
Read More