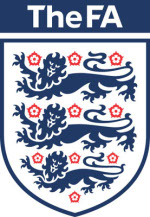 The FA in England has revealed that their attempt to win the World Cup bid for 2018 will cost in the region of £15 million.

It has also announced that it will employ a specialist bid team, similar to the one that secured the Olympic Games for London in 2012.

An FA statement said: “The board approved the setting up of a 100%-owned subsidiary company within the FA.

“This would be governed by an executive board made up of a bid chairman, a bid chief executive, the FA chairman Lord Triesman and two deputy chairmen.”

The FA added it could take up to six months for a full bid team to be assembled and said Lord Triesman will lead an interim management group until then.

Written By
Felipe
More from Felipe
In the second instalment of our goal line technology series, we look...
Read More