Nemanja Vidic is likely to be fit to face Chelsea at Stamford Bridge tomorrow lunchtime and United’s 2nd Leg tie with Barcelona. 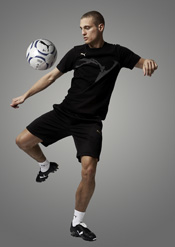 As Manchester United face four days that will define their season, they will be boosted by the expected return of their key central defender Nemanja Vidic.

Vidic missed United’s goalless draw against Barcelona at the Nou Camp on Wednesday, he was admitted to hospital with a stomach bug, but it now seems likely he will be fit to face Chelsea in the Premier League and the return leg against the Barcelona at Old Trafford on Tuesday.

Written By
Felipe
More from Felipe
How did they fill it with big dollops of excitement? Take a...
Read More