A modern young company from Austria is hoping to make a mark in football by launching a new shin pad that has been made using a 3D printer.

Shinpads or shin guards as some like to call them, are a necessity to play football. As well as protecting your legs from the brutal centre halves lunge, it’s easy to forget that regulations insist that you must wear them.

The basic compulsory equipment of a player comprises the following separate items:

A jersey or shirt with sleeves | shorts | stockings | shinguards | footwear

Shinguards should be covered entirely by the stockings, be made of rubber, plastic or a similar suitable material and provide a reasonable degree of protection. 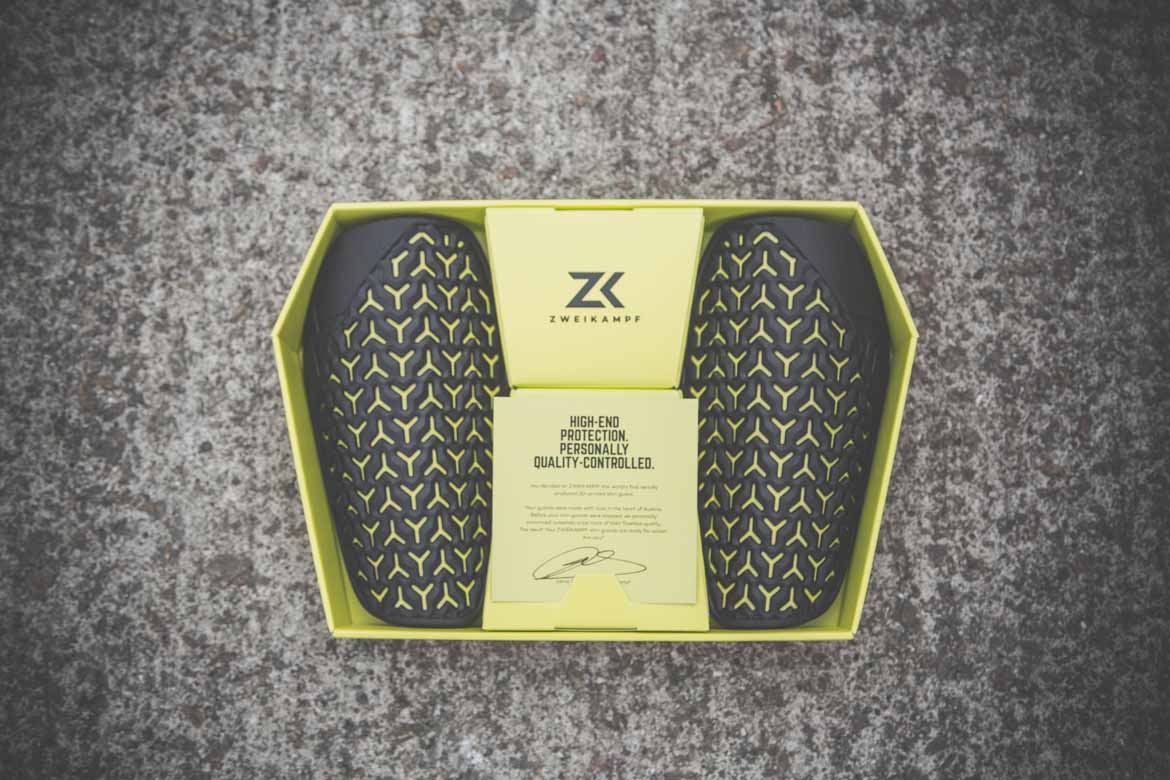 Looking for something fresh and unique, we came across the Zweikampf Shin Guard. A new product that is made in Austria and took two years to create.

Two things initially stood out about the Zweikampf Shin Guard;

2. They were made using 3D printing. 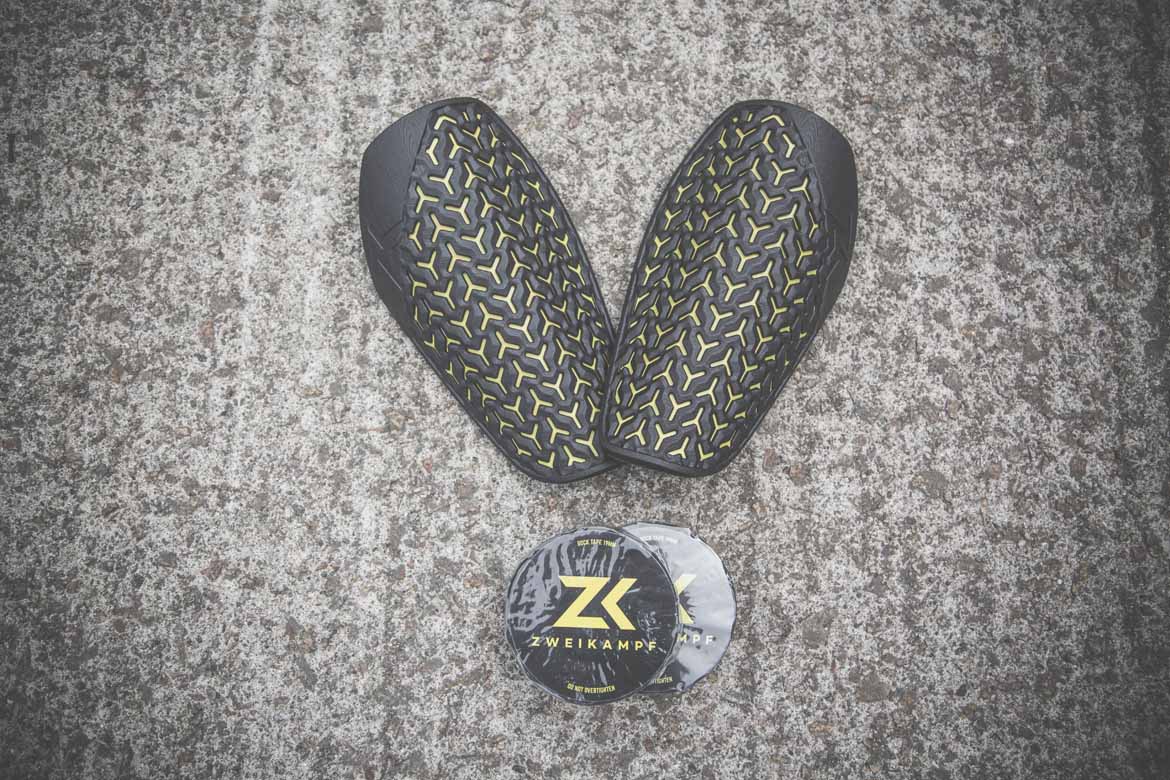 Looking at the Zweikampf Shin Guard, you can tell that design was an important factor during creation. They have the look of a premium product. They’re sleek, modern and simple.

The Y pattern on the front of the pad not only adds to the overall look, it doubles up as an impact absorber and was used as protection by the ancient Samurai’s.

How a product is made doesn’t mean a shinpad will be good or bad, but what is worth noting is the usage of 3D printing as it is certain to become a more widespread method of developing football products.

The most important thing you need to know about your shinpads is that they are going to help diffuse any stray kicks to your sensitive shin.

This is where the Y pattern structure on the front of the Zweikampf guard really comes into its own.

The Y pattern structure works similarly to the way Japanese Samurai fighters used armour protection. Impact made on the pad is distributed across the surface of the guard, effectively diffusing the potential painful strike. 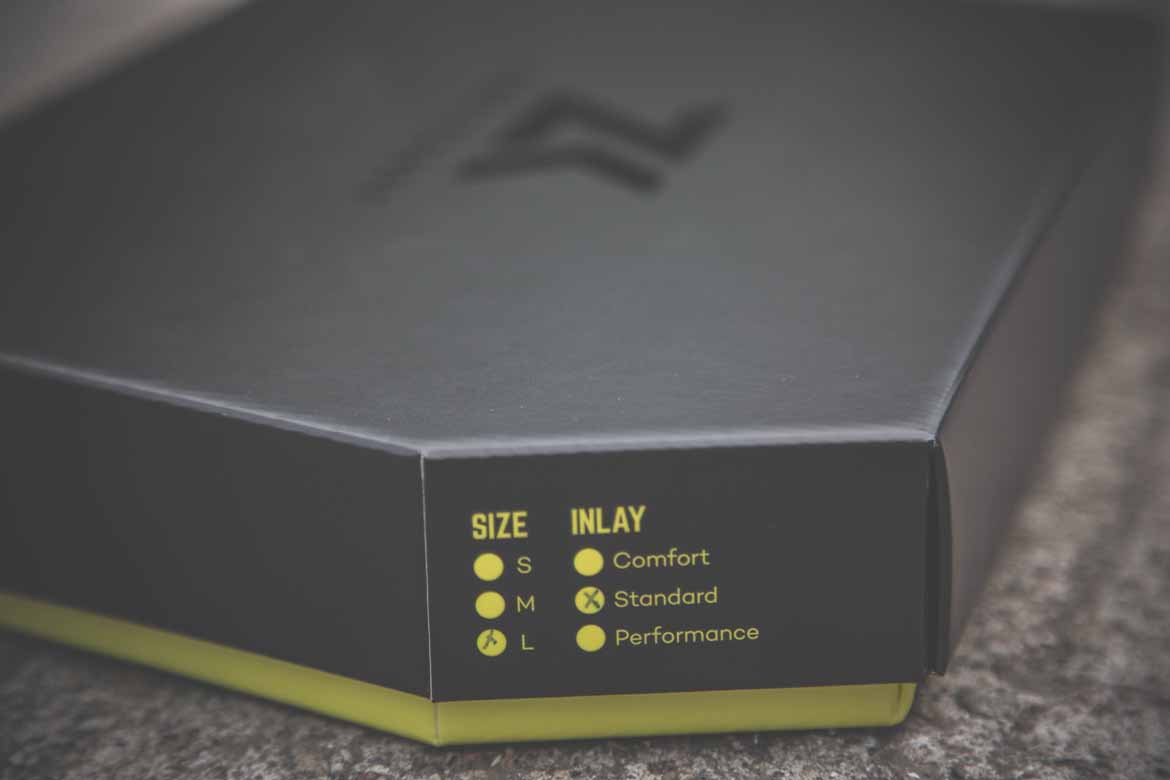 There’s nothing more distracting than a pair of shinpads that are uncomfortable, or that slip around in your sock.

The Zweikampf Shin Guard doesn’t come in a sleeve, or with straps. Instead it relies upon a thin layer of textured High Friction Coating on the outside surface to prevent it slipping in your socks. Surprisingly it works pretty well, although you do need to strap your socks with tape – which you get two rolls of with a set of the pads.

In terms of comfort and fit, the Zweikampf Shin Guard is exceptional. This is due to the pads offering a degree of personalisation.

The pads are made up of three layers, one of which, the yellow middle layer, can be selected to suit your preference as it is responsible for the levelo of hardness. You get the choice of Comfort, Allround, or Performance.

Additionally the pads come in three sizes, so you can get the best fit for your legs.

These pads are super lightweight, hitting the scales at mere 75 grammes and are only 7mm thick. So there’s no bulk in your sock and due to the lack of weight, you barely know the pads are there.

Despite being fussy over shinpads, we’re impressed by the Zweikampf Shin Guard. It’s light, looks great and most importantly – works.

We’d have liked to have had the option of an ankle protector, but maybe that’s on its way….

These pads are premium, so the price tag is premium too. At €139 (that’s just under £110 today) they’ll be outside the budget for some, which will also mean these are a little bit more exclusive, which will appeal to others. There’s also a personalisation option if you really want to go to town.

Written By
Michael D
More from Michael D
A new study from the FA shows that young players are hanging...
Read More