It’s the tie that set tongues-a-waggin’ when the draw was made way back in December 2011 as Arsenal travel to AC Milan in the Champions League. 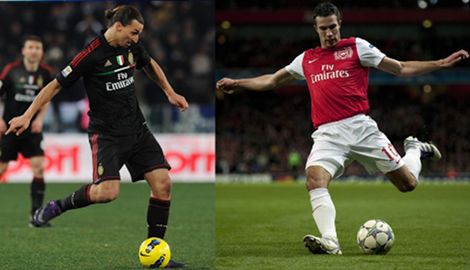 And the timing couldn’t be better a the match comes at a time when we find two of the world’s best strikers in fine form!

Castrol EDGE Performance data shows that Zlatan Ibrahimovic and Robin van Persie will be crucial in determining the outcome of the Champions League tie between AC Milan and Arsenal. 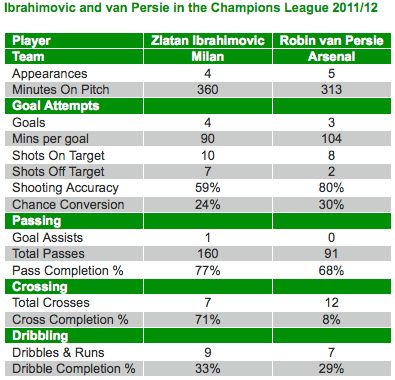 With 22 goals, van Persie is the Premier League’s top scorer this season, and his record compares favourably to Ibrahimovic’s 15 goals in Serie A.  Moreover, excluding penalties, the adiPower Predator wearer has also been more prolific than Cristiano Ronaldo this season, scoring the same number of league goals as Lionel Messi (21).

However, Ibrahimovic is the only player who has managed to score in four consecutive Champions League appearances this season, and his average of a goal per 90 mins is superior to van Persie’s average of a goal per 104 mins. In spite of this, van Persie’s impressive shooting accuracy (80%) in the Champions League is far superior to Ibrahimovic’s (59%), resulting in the Dutchman having a better chance conversion rate as well (30%).

Who do you think will walk away from the San Siro happier tonight?

Written By
footyboots
More from footyboots
https://www.youtube.com/watch?v=OBxaQYl8FRY Robinho organises a game of ‘one on one’ with Ganso and...
Read More