The sort of player that’s always turning heads, Zlatan Ibrahimovic caught our eye for a different reason as he returned to training at Paris Saint-Germain yesterday.

Zlatan turned out to individual training yesterday afternoon and again this morning in a pair of blacked-out Nike Tiempo Legend V football boots in his first sessions back on the pitch since picking up a heel injury at the start of the season.

Hot on the heels of our look at players wearing unbranded boots earlier this week, we couldn’t help but wonder: [twitterShare]is Zlatan leaving Nike?[/twitterShare]

Having been one of Nike’s most loyal Mercurial players (and indeed, a great fit for the silo; by name and by nature) Zlatan Ibrahimovic has fronted campaigns for almost every Vapor to date.

Whether it’s taking on a transforming pitch in the Superfly II or challenging Cristiano Ronaldo to a freestyle battle in the Vapor III, Zlatan’s loyalty to Nike has outlasted his loyalty to any single club (despite a flirtation with the Hypervenom last year). 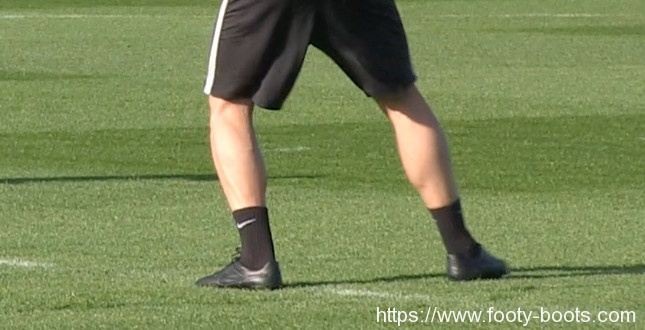 Sweden’s all-time top-scorer even played a huge part in Nike’s World Cup campaign; getting some choice lines and appearances in two parts of the ‘Risk Everything’ trilogy “Zlatan thinks that Zlatan should take this”.

An animated version of the PSG striker even hosted daily videos on the NikeFootball Youtube channel following a Twitter campaign that encouraged us all to ‘#DareToZlatan’.

Unthinkable, then, that the Swoosh would let the mighty Zlatan slip to another boot brand? 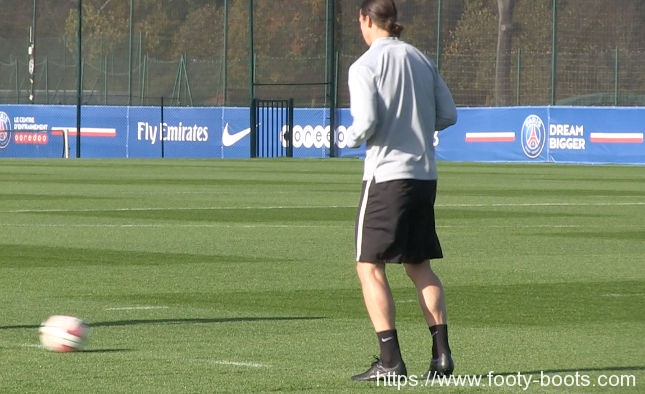 The official line from Nike is that they “Do not comment about speculation on player contracts”, so unfortunately we can’t shed any more details at this time.

However, the only other explanation is that Zlatan has adopted the Tiempo temporarily as he eases back into training. During his time at AC Milan Ibrahimovic was known to wear the Nike Tiempo Premier in games after coming back from injury for the superior comfort.

And given it’s a heel injury that Zlatan is coming back from we can understand why he wouldn’t want to wear a Superfly in his first couple of sessions back.

Either way, we’ll be sure to keep an eye on what Zlatan has on Zlatan’s feet as he heads back into the competitive fray. Watch this space!