In London, adidas treated us to a real-life video game starring the adidas Predator Instinct.

A few weeks later, France was playing host to it’s own epic event to mark the twentieth anniversary of the legendary adidas football boot – and when you put France and Predator together, there’s only one man suitable to oversee proceedings:  Zinedine Zidane.

The film you see above was captured earlier this month, as Zizou hosted a football tournament in his native France.

The tournament, staged in the historical Arles Roman Amphitheatre located in the south of the country, required players to show their true Predator skills and use their anticipation, touch and vision to control the game. 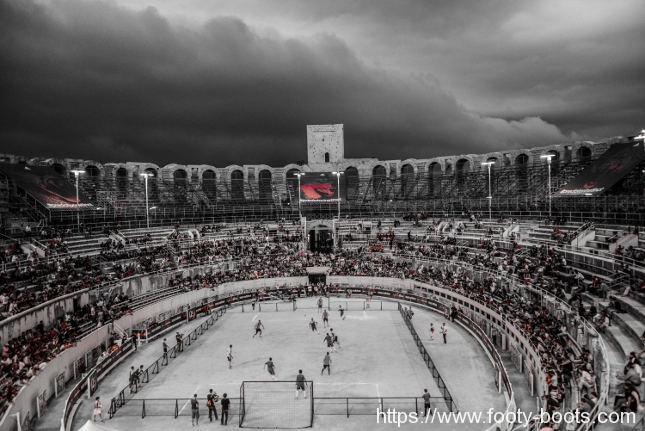 On the amphitheatre’s sandy surface, the best teams from around the country competed against each other – with Zizou also joining in with the matches themselves.

The tournament marked the first time football has ever been played in the UNESCO World Heritage site.

We’re sure adidas won’t have minded the temperamental conditions on the day, as the arena shone in brilliant sunshine at high noon, and was lit up by lightning as the day wore on – it certainly makes for one of the most dramatic footballing videos we’ve ever watched!

Would you have loved to have played?