Fulham striker Bobby Zamora should be rewarded for his excellent form with a place in the England squad, according to his team-mate Chris Baird. 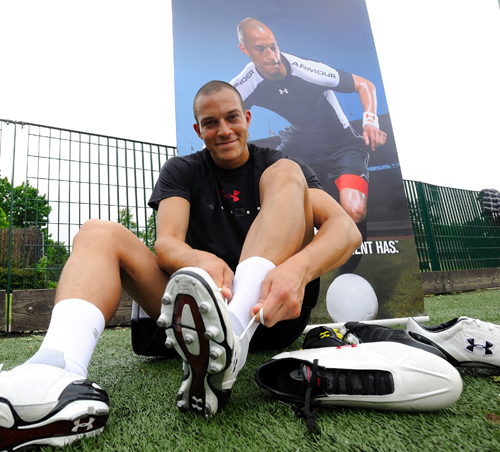 The 28-year-old has scored nine goals this season and has led the line superbly for his team as they continue to hold down a top ten place in the Premier League. Zamora’s manager Roy Hodgson recently said that this means he should be considered for an England call-up and Baird agrees.

The Northern Ireland international believes that Fabio Capello ‘has to give him a chance’ even if he just ‘puts him in for a friendly’ to see how he does. Zamora has never been called up to the full England squad before, although he has appeared six times for the under-21 side.

However, having scored three goals in his last two games – including a brace in the excellent 3-2 Europa League win over Basle – Zamora is arguably in the form of his life. This is why his manager and team-mate are talking up his future so much.

Baird even thinks that a place in the World Cup squad is a realistic aim for Zamora. He said that the striker ‘has to keep this form going’ in case there are some injuries by the time next summer comes around.

As for his performance on Wednesday against Basle, Baird added that Zamora was ‘magnificent’ and if he keeps putting in these type of displays, he has to have ‘every chance’ of Capello rewarding him with a call up. Indeed, such performances are likely to boost Fulham’s Europa Cup chances.

However, the England manager does have plenty of attacking options at the moment. Jermaine Defoe, Wayne Rooney, Darren Bent, Gabby Agbonlahor, Carlton Cole, Peter Crouch, Michael Owen and Emile Heskey will all fancy their chances of making it on the plane to South Africa.

If there are a few injuries next summer though, Zamora could find himself in the squad and striving to help justify England’s World Cup odds. After all, only Defoe, Rooney and Bent have a better goals-games ratio than him this season.

Written By
Felipe
More from Felipe
Sportswear company Lotto will be the new kit supplier to QPR from...
Read More