The Africa Cup of Nations is well underway, and among the favourites are the Ivory Coast. Already with three points on the board thanks to Didier Drogba’s winner over Sudan, we get the inside track on Les Elephants with new Puma football boots-endorsee; Yaya Toure.

Q: The African Cup of Nations is now underway. What do the Ivory Coast need to do to win the tournament?

A: The African Cup of Nations is very difficult – it’s very hard to win that. But with the squad we’ve got, I think we were favourites with everyone. But I think, now, we have to be so intelligent; we have to strong.

Because African teams, tactically, they are not so good. Technically they are fantastic, but mentally they are not so strong like a European team. And we have to work on that, because all the time we went to an African Nations we always came back disappointed.

But I think this year will be our year. We’ve got fantastic players, I think this year will be great because my country, people in the Ivory Coast, expect us to bring this cup back to Ivory Coast. We know it will be difficult, it will be hard, and all of the teams are there to beat us. I think it will be a fantastic competition this year.
Q: The team does have so many superstars throughout it, does that make hard to unite as a team when you’re all used to being superstars in your own right? 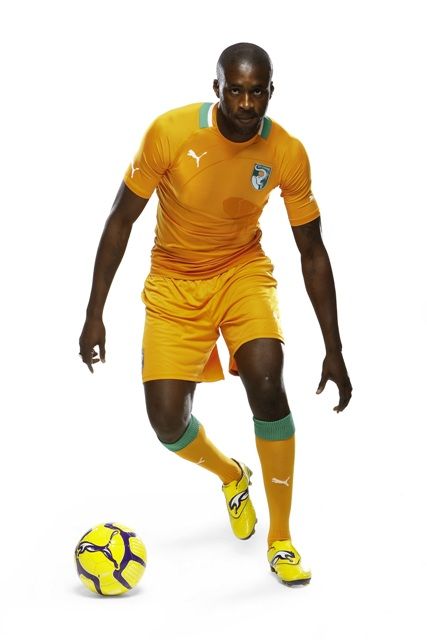 A: Yeah, sometimes … You can have all the best players on one team, but they can’t make you win. You have to get fighting spirit, you have to get cohesion together.

Because football, now, is about a group of friends, a group of brothers, that can come together and win something together. Because talent is not enough, and we realise that.

We’ve got fantastic players … but we don’t go through and it’s becoming hard for us. I think this time we will win this cup.

Q: Egypt and Cameroon won’t be at the tournament this year. Does this give Ivory Coast even greater belief that they can win it?

They beat them, and that team got through. And it’s those kinds of teams we have in front of us, and that’s why I think it will be difficult this year.

We will face teams that don’t have big stars like we have – like Gervinho or Drogba or Salomon Kalou – they have normal players that will always fight to go through. And I think it will be difficult for us because of that.

Q: Do you predict you can get through that group stage?

A: It won’t be easy. I’m not one to predict things like that, because I always believe in the football game when we are on the pitch. Anything can happen. Everyone can say: “Okay, yeah, Ivory Coast against Sudan was easy for Ivory Coast.”

But in the end, when you see how the game went, you will realise how African football has progressed, how every team has come to fight, to want to go through. Because you come to a competition to believe you can go through.

Q: Would anything less than winning the tournament be a disappointment?

A: I think we think only about winning. If we finished with anything other than a win, it will be hard. If we don’t win, we lose. I don’t think about losing. I want to win. For me, that’s most important.

Written By
Kyle Elliot
More from Kyle Elliot
Puma's v1.10 is relaunched for the World Cup with this scorching colourway...
Read More