Just a day after the sighting of two Arsenal players breaking in something new from Puma, adidas have also given us a sneak peak at something that they have in development.

Spotted on the feet of Xavi Hernandez, it’s hard to imagine the Spanish international is testing anything else other than the next incarnation of the legendary adidas Predator.

Whilst the current Lethal Zones II edition of adidas’ flagship boot is widely-acknowledged as a ‘stop-gap’ tweak of the original Lethal Zones concept, we’re expecting big things from the Three Stripes in time for the 20th anniversary of the legendary line of boots in 2014. 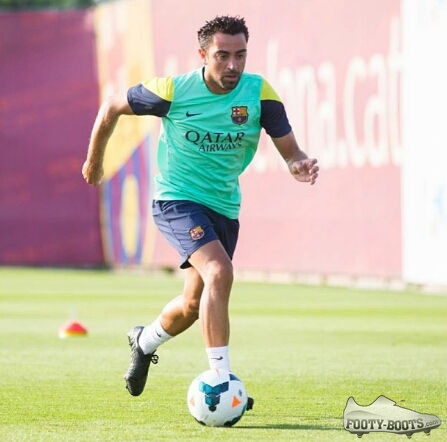 Unfortunately, what adidas have players trying is very well disguised and decent photos are limited at the moment (there’s also nothing in the way of sneaky leaks to give us an advance idea of what to expect) and these black-outs leave little in the way of hard evidence.

One thing we can see on Xavi’s prototypes is a particularly aggressive instep element that seems to vary in texture across it’s design. 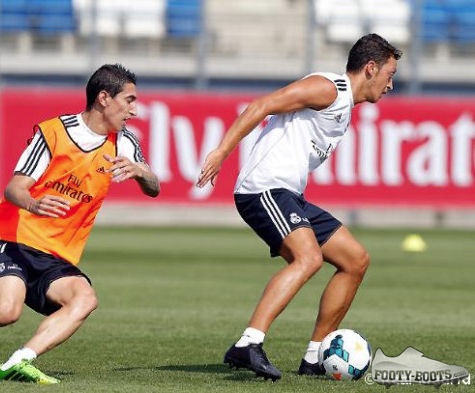 Last month on Facebook' we posted up' an image of Mesut Ozil also training in something that could also be a new Predator.

The comparison of the dark black upper and lighter elements across the forefoot give us a slightly better look at zones around the toe and something that seems to be built into the lace eyelets, but again we’re pretty in the dark over their functionality beyond probably being being for control or swerve.

Still, we’re looking forward to whatever adidas are cooking up and will keep a sharp eye on other famous Predator athletes to see if we can spot some further developments.