adidas have revealed their limited-run choice of colours for this year’s World Cup! 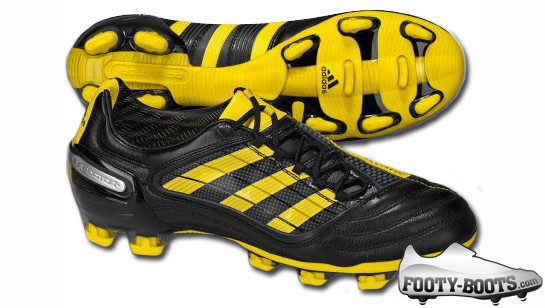 This bold new colour choice of Black / Sun Yellow will be used across all of adidas’ football boots in celebration of this summer’s tournament. Meaning you can expect to see the adiPure III and f50 adiZero lines, in addition to these fantastic Predator X‘s. 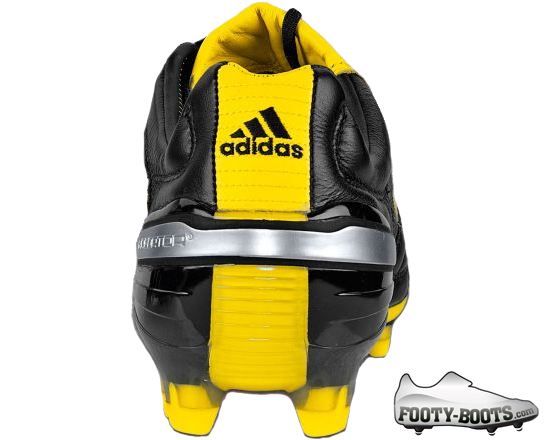 Incorporating the brightest and the darkest colours on the South African national flag – we reckon adidas have crafted a nicely balanced colourway, that’s likely to compliment just about any National Team Kit!

The Sun Yellow is used sparingly across the upper, highlighting the signature 3-Stripes and Predator element on the forefoot, leaving the Black to showcase the soft leather used across the rest of the football boot.

That’s just the upper though – the soleplate is a different story! Almost entirely Yellow – we reckon it won’t be hard to spot your favourite Predator_X wearers in this summer’s tournament – as long as their feet aren’t flat to the floor!

Speaking of wearers, adidas will be hoping from strong tournaments from the likes of Michael Ballack, Steven Gerrard and Xavi to make sure they see their flagship boot kicking their latest ball – the Jo’Bulani – in the World Cup Final! 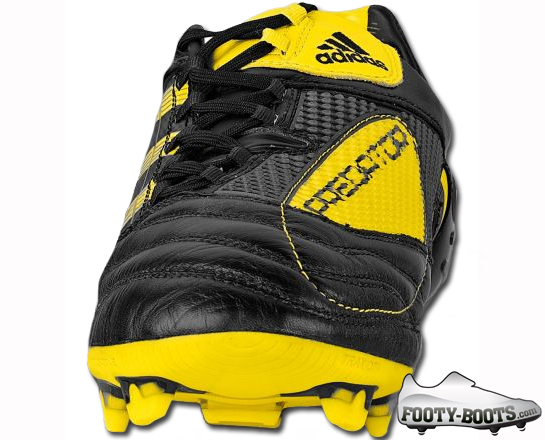 What do you think to this new colourway?

Do you think it embodies this summer’s World Cup in South Africa? If not – what would you have gone for?

Use the boot-o-meter or drop us a comment! Rate it:

Written By
Felipe
More from Felipe
Newcastle have today confirmed that they will not be renewing the contracts...
Read More