We’ve got all the stats on the football boots of the World Cup that you could possibly want, including the ones that really count. Most Popular boots? How many goals scored from each boot? Sorted by Brand? We’ve got it!

One thing before we get started, though – we’re working to 143 goals scored in this year’s World Cup as opposed to 145.

Well, we reckon that boosting the adidas F50 adiZero‘s goal tally with Daniel Agger and Park Chu-Yong’s own goals is just plain silly. 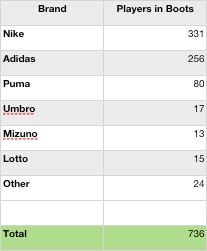 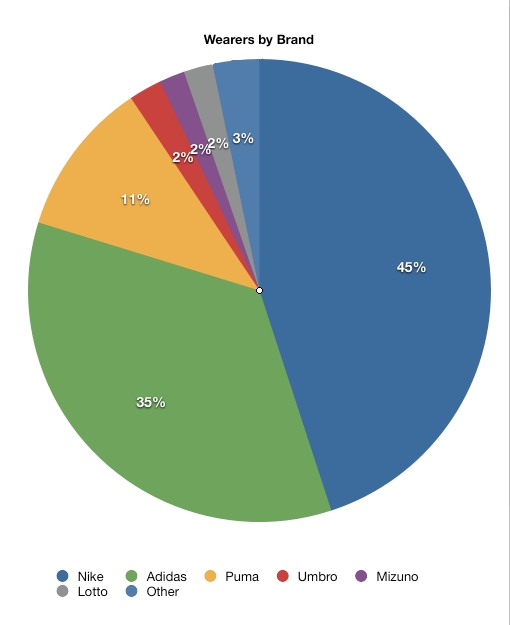 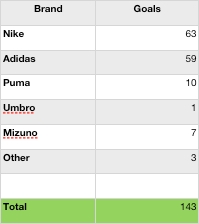 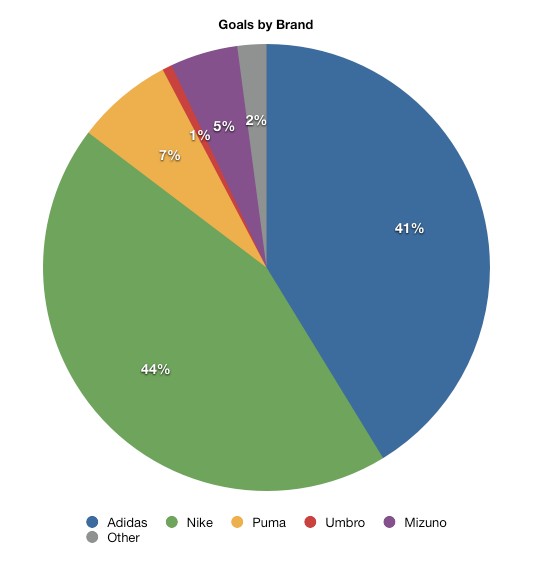 These are just a sample of the Data we’ve been collecting for the past month – what would you like to know?

Drop us a comment below and we’ll see if we can’t forage some of the best football-boot-facts around, just for you!

Written By
Kyle Elliot
More from Kyle Elliot
Nike run the rule over the best of the UK's undiscovered footballing...
Read More