One of the adidas Jo’bulani footballs used in the World Cup final between Spain and Holland has sold for over $73,000 (US) this past weekend. 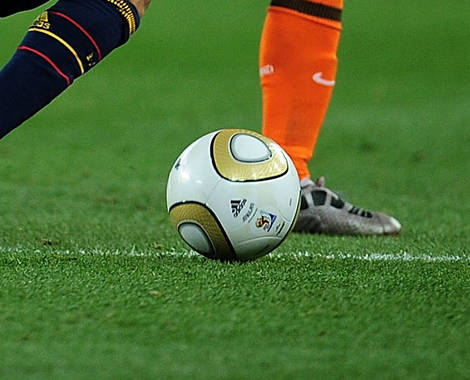 The ball, which was produced especially for the final, was auctioned on eBay and a group of Spanish fans secured the highest bid. The proceeds from the auction will be donated to Nelson Mandela’s Foundation Charity 46664.

The ball enters the history books following a successful auction with a closing bid of $78,808, one of the highest bids ever for a soccer ball on eBay. In comparison, the adidas Roteiro ball used by David Beckham during the quarter finals of the UEFA Euro 2004 sold for $42,949, nearly half the amount secured for the adidas Jo’Bulani ball.

Following the successful bid, the proceeds generated from the auction will be donated to Nelson Mandela’s Foundation charity 46664 which was established to inspire individual and collective action towards a better world for everyone.

Having been confirmed as the successful bidders, the auction winners will be presented with the iconic Jo’Bulani ball by a senior adidas representative in the coming weeks.

Written By
Kyle Elliot
More from Kyle Elliot
3 of Chelsea's stars were spotted making the switch to the adiZero...
Read More