After a month-long poll to see which of three possible names adidas would settle on as the moniker of the official match ball of the 2014 World Cup in Brazil, fans have spoken out unanimously in favour of the adidas Brazuca! 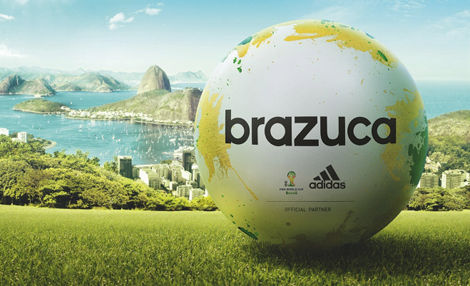 adidas announced the name on their Facebook page, also revealing that over 70% of those who entered the poll, opted for Brazuca – a playful slang word for native Brazilians that Adidas say sums up the country’s irreverence.

Brazuca appears in it’s feminine form of Portuguese– conforming to the Brazilian mindset that a football is a woman that must be looked after on the pitch, and defended passionately.

adidas have been naming their international competition footballs since 1970′s Telstar made it’s debut in Mexico. Since then, names like Tango, Azteca, Teamgeist and Jabulani have all gone on to live (mostly) fondly in the memories of fans.

Though despite being the overwhelming populous choice, adidas are likely to receive some flak for limiting the choice to just three name, which they themselves picked.

Numerous grassroots campaigns have been in place to name the ball since the South American nation was awarded the competition by FIFA. The most popular being to dub the ball the adidas Gorduchinha – meaning ‘little chubby’ – a nickname for a football that was coined by legendary commentator and political figure Osmar Santos

If we were adidas’ PR department, we’d be rallying around a notion to name one of the takedown models of the ball the Gorduchinha (as the Champions League Finale has the ‘Capitano’ and Tango 12 has it’s ‘Glider’) – but that’s just us…!

Happy with the name?

Written By
Kyle Elliot
More from Kyle Elliot
Wembley Stadium is ready to welcome it's newest super-fan to every even...
Read More