Adidas have the new adiZero, Nike have the Elite Series and Puma have the Africa Unity Range.

With just about every major brand having revealed their World Cup plans for the World Cup, we thought it a good time to take a look at what the key areas are for the three major players in the football industry. 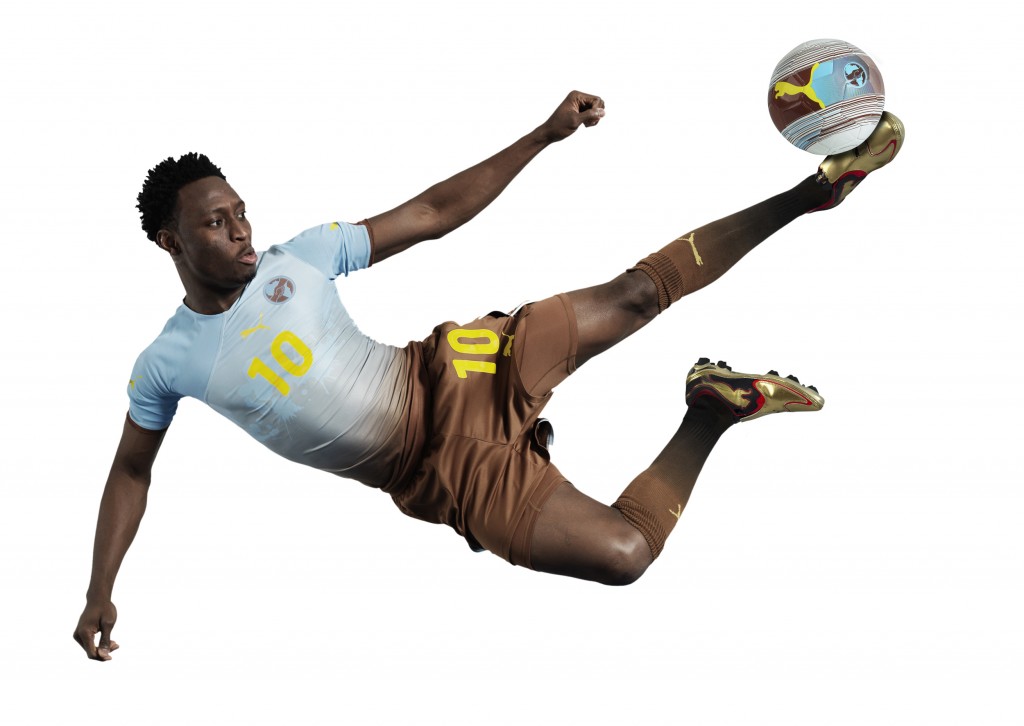 Adidas lead the the field with 12 shirt sponsorships this World Cup, including heavy hitters such as homeland Germany, tournament hosts South Africa and strong favourites Spain.

Nike are in second with 9 teams – having recently released the remainder of their World Cup range last week. Many would suggest that Nike have backed some potential champions in Brazil and Portugal as well as having the likes of the US and Netherlands on their books who are always strong sellers in World Cup years.

In third is Puma, who rack up a very respectable 7 teams in their stable. The strongest of their pack are the current World Champions Italy, whilst elsewhere in their ranks they have the ever-dangerous Cameroon and Group of Death dark horses: The Ivory Coast. Also of note is the Puma Africa Unity kit – which has been recognised by FIFA as the official 3rd kit for all Puma-sponsored African teams in the tournament.

Also worth noting is that adidas‘ recent acquisition – Reebok – has no teams present, whereas Nike-owned Umbro has one team, which happens to be one of the most profitable – England

Whilst the only clear way to judge who has the best marketing is to wait until after the tournament and see who has the most money, we can be far more subjective than that and just say who’s we’re enjoying the most!

Puma are, at the moment, one of our current favourites. We’ve featured their ‘Love = Football’ campaign on several occasions, simply because we love it! It’s got a great sunny vibe, and a strong positive message that really captures the simple joy of getting a kickabout going with some friends during a World Cup summer, and really enjoying the game for what it is; no matter where you are!

Nike, on the other hand are taking this World Cup far more seriously. Their message is clear: ‘Write History’. It’s a rallying call for every player with a Nike tick anywhere on their gear this World Cup to go out and be part of the legeacy of the World Cup. Even if it’s not winning the whole tournament, it encourages the smaller teams to go out and snatch famous draws or victories against mightier opposition!

Adidas have been intriguingly quiet. They started back in December with their first wave of World Cup shirts (a little presumptuous as some teams didn’t qualify – we’re looking at you, Russia!) with some great comic-inspired images to go along with their hugely successful ‘Every Team Needs…’ campaign. The German titans are never ones to be outdone, though, so we’re expecting a big push to go along with the launch of the new f50!

Presence at the Tournament

Adidas are the old-hands in this department. They’ve sponsored the World Cup for decades, and will continue that tradition into this tournament and the next. They’ll be providing the Balls – the Jabulani – the matchwear for the Officials and Ballboys, and also will be the only brand allowed to produce FIFA World Cup branded merchandise and souvenirs. Most importantly, adidas have the tournament on Lockdown: Their agreement means that other brands won’t be allowed to advertise in the stadiums.

Puma‘s team must be big Guinness drinkers – because they know that good things come to those who wait! After laying the groundwork by heavily sponsoring the African Cup of Nations, Puma have now become synonymous with African football – and where’s the tournament held? South Africa! While not able to advertise directly, Puma have done enough with their work at the ACON to ensure their presence will be felt throughout the rest of this World Cup year.

Nike are a massive wild-card in this department. Whilst not able to be as involved as they like with the tournament directly, or even advertise in the television breaks on some networks (again, thanks to an agreement with adidas) Nike have become the unsurpassed masters of Guerrilla Marketing. Notorious for buying all the available billboards in a city to blanket it with the ‘Swoosh’, Nike also have the internet at their disposal, and after creating some of the finest football virals ever, we can’t wait to see what they’re up to this year! 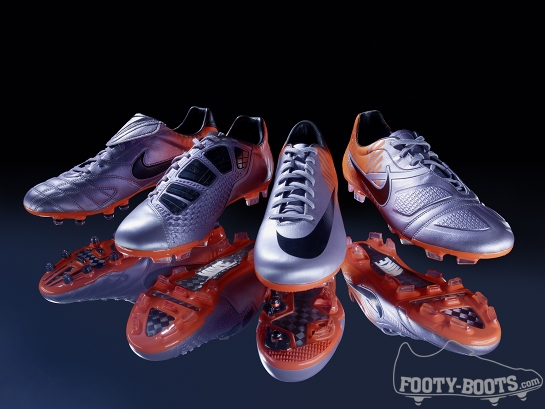 Nike have absolutely hammered the boot market recently. Releasing a new version of every one of their main boots this season, in the T90 Laser III, Tiempo Legend III and the Mercurial Vapor Superfly II – as well as a new boot entirely in the CTR360 Maestri, Nike upped the ante again this week by unveiling the Nike Elite Series, to be worn by all their players in this years tournament. Whilst many have criticised their pricing and timing – you can’t fault their work ethic. The rate at which Nike develop and release new boots is something else!

Adidas aren’t slouching either. Launching their World Cup boots in a dynamic Black/Sun Yellow colourway has rejuvenated interest in the Predator_X and adiPure III. What people are really looking forward to is the new f50. Due for launch very soon, adidas are promising that this boot is set to re-define the concept of ‘Fast’ on the football pitch – and if that doesn’t get you interested – nothing will!

After a strong start to the year Puma have slipped down the pecking order a little. The PowerCat was a strong contender at the start of the new year – especially when you consider it had stiff competition from the newly launched T90 Laser III. However, Puma aren’t done just yet; as we saw on the feet of Nicolas Anelka a few weeks ago, Puma still have a few tricks up their sleeves before the start of the tournament!

So, they’re the four key areas and how the big brands are competing in them.

Can you think of another potential place where they’re battling for cash?

Or who do you think will be the big winners this year – Will adidas block out Nike successfully? Or will we see a big increase in the presence of the Puma Brand?