Footy-Boots.com has teamed up with football boot brand Nike to offer one lucky Footy Boots member the chance to win a free Nike iD design session* at London’s NikeTown.

The lucky winner will spend up to an hour with an experienced Nike iD design consultant in the Nike iD design studio personalising his own football boots. The studio, a stylish two-story glass and steel cube suspended above the centre of the NikeTown store on Oxford Street, gives consumers a hands-on design experience and the power to express their individuality by personalizing their sports footwear. 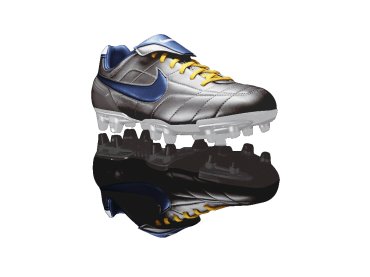 Once the unique football boot design has been created, the boots are stored in an online ‘locker’, before being individually made and delivered.

Even the professionals are getting in on the act. Earlier this month Footy Boots interviewed Spurs and Ireland Striker Robbie Keane in the Nike iD studio as he designed football boots that he will wear against Chelsea, West Ham and Brazil. In Fulham’s game last Sunday against Blackburn, we also spotted USA’s Clint Dempsey wearing a pair of Nike Mercurial Vapor III’s that he had customised using the Nike iD process.

The London Nike iD studio was unveiled on 1st November 2007, with opening night attracting the likes of Arsene Wenger, Theo Walcott, Michael Essien and even Dustin Hoffman! A Nike iD studio is already up and running in NikeTown New York and pilot schemes have been launched in Paris and Osaka. 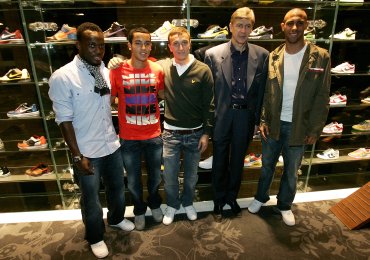 The London iD studio hosts four mac stations, each manned by a design consultant, who will facilitate consumers’ designs, drawing on their passions and creativity in a one-hour personal consultation. This puts the consumer in control of the design process and extends the NikeiD experience beyond the computer screen where it has lived since its inception in 1999.

To answer this question log into your Footy Boots members account and send a Private Message to Admin with your answer.

To register as a Footy Boots member click here

Closing date for answers: Wednesday 5th December 2007. The winner will be the first correct answer drawn at random.

* Prize includes Nike iD design session and free pair of personalised football boots only. Transport, travel, accommodation and any other costs incurred are the sole responsibility of the prize winner. Competition open to UK residents only.