You might remember we offered the chance to win one of 15 England Supporters Shirts a couple of weeks ago, and whilst the winners have been drawn and notified – your chance to snag a quality top hasn’t passed! 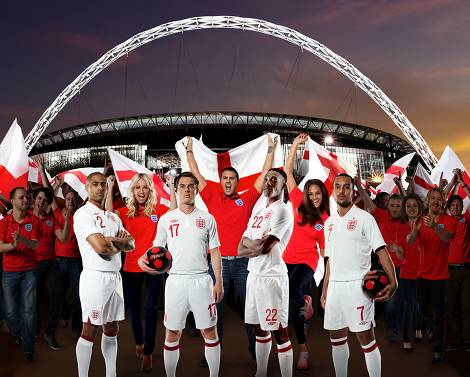 As you know, Official Supporters of the England Team, Mars have created Special Edition supporters shirts to help the nation get behind the lads this summer.

Designed by Umbro, the shirts reflect an England match shirt, elegantly crafted for a tailored fit in England’s iconic red, the shirts are performance quality, meaning they are the same material the players wear so you can support the team in style with the 3 Lions on your chest.

As part of their ‘Play Your Part for England’ campaign, Mars is offering the chance to win 1 of 100,000 Official Special Edition shirts with every promotional Mars Bar.

England and Arsenal winger, Theo Walcott said, ‘It is such an honour to play for your country and to wear the 3 Lions. I am really looking forward to Euro 2012, we want to do our nation proud.’

For your chance to win a Mars special edition shirt, all you need to know is over on the Mars Facebook page ( http://www.facebook.com/Marsbar ), but with so many of the 100,000 on offer already claimed, you’d better act fast!

Alesha Dixon, Paddy McGuinness, Denise Van Outen and members of the England football team are supporting the new Mars bar ‘Play Your Part for England’ campaign. Mars is aiming to get the entire nation behind the England team and is offering the chance to win 1 of 100,000 Official Special Edition shirts with every promotional Mars Bar. See the ‘Mars Bar’ Facebook page for more information.

Written By
Kyle Elliot
More from Kyle Elliot
Nike's first update to the Tiempo Legend IV is likely to cause...
Read More