Ever fancied your chances of going Pro? Maybe you think you’re too old? Or don’t quite know how to do it? 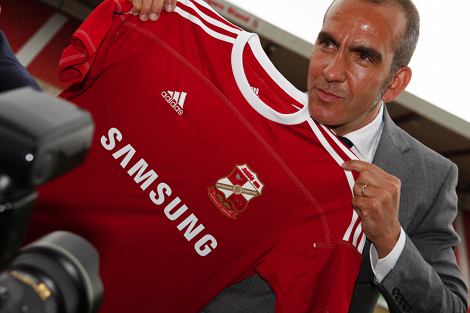 Well, thanks to Samsung, you now have the chance to finally ‘Go Pro’!

By heading over to the Samsung Football Facebook page, you could earn yourself a truly ‘live-the-dream’ contract with Paolo Di Canio’s Swindon Town FC!

After the success of last year’s inaugural competition – which saw 19-year-old Jordan Pavett win a 12 month stint with Swindon – Samsung have brought the ‘Win a Pro contract’ for a second season – with the hopes of unearthing another hidden footballing talent.

But, of course, this relies on those undiscovered footballers of the UK signing up!

All you need to do is pop your details into the short form on Samsung Football’s Facebook page, and then you’ll attend one of 6 trials being staged at Goals soccer centres up and down the country later in the year.

And from there, you and around 4,000 other entrants will be judged on your footballing prowess and whittled down to one lucky winner!

Let us know if you’ve entered in the comments below!

Written By
Kyle Elliot
More from Kyle Elliot
adiZero Prime, CTR360 II and the new Predator all get an airing...
Read More