The adiPure line has always been at it’s best when kept simple and classy – case in point: the adidas adiPure 11pro – White / Gold / Black.

Whilst it’s definitely important to change things up once in a while, it’s always refreshing to see a classy boot like the 11pro return to a colourway that just plain works. 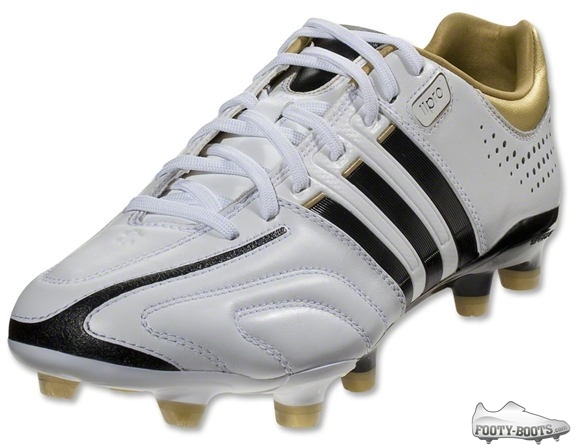 With a mostly-white upper, the adidas branding is contrasted in black for a classic, all-around smart look. Complimenting that is gold detailing on the boot’s collar and studs.

It’s almost a shame the adidas adiPure 11pro – White / Gold / Black' wasn’t released a few months ago, though – this colourway was the perfect compliment to Swansea’s centenary kit and would have suited Michu down to the ground.

Or perhaps the gold trim would have been a fitting tribute to adiPure-wearer Frank Lampard’s record-breaking goals towards the end of the season.

The lightest adiPure to date, the adidas adiPure 11pro fuses modern styling with some classic design choices for a boot that brings heritage looks with modern performance.

The forefoot is Taurus calf leather for natural touch on the ball, complimented by a DuraTuff protective zone for improved durability. 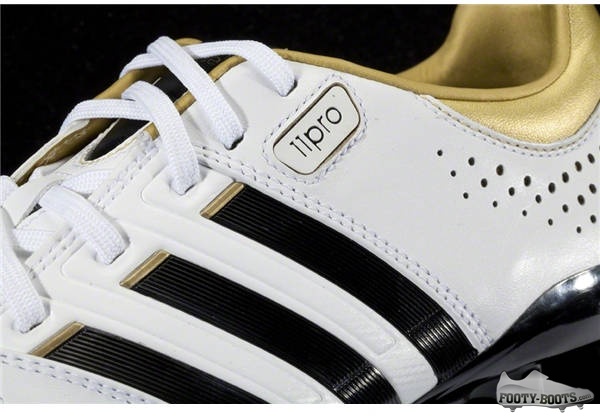 In the midfoot, adidas have made the iconic three stripes a key component of the 11pro’s design, integrating them into a synthetic 360-degree support saddle to lock the foot in place.

Also the first miCoach-compatible adiPure, you’ll find a cavity for the Speed_Cell in the SpeedFrame chassis of the left boot. 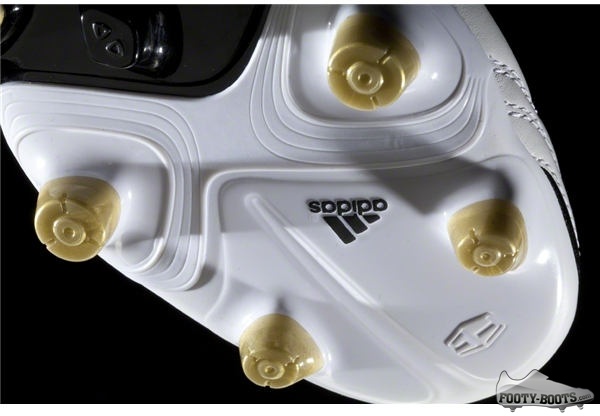 Available to buy today, what do you think of the adidas adiPure 11pro – White / Gold / Black?