To accompany their new Blackout adiZero Black/Warning colourway, adidas are also offering a (nearly) white out version too for those who prefer a clean look to their football boots! 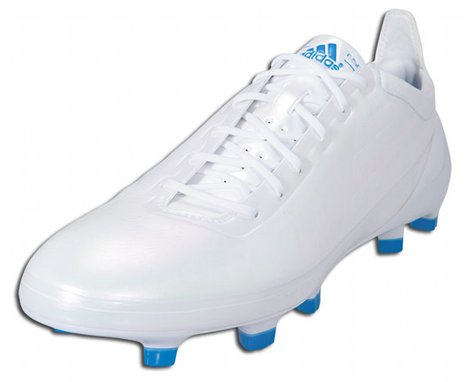 These ice-y cool adiZeros are definitely a sight to behold, as everything besides the blur tips of the Studs and the tiny adidas logo on the tongue are practically invisible against the white of the boot!

We think these ghostly football boots are going to be in high demand when they release next month as the adiZero is a favourite of speedy, tricky players – who often have a preference for white football boots. 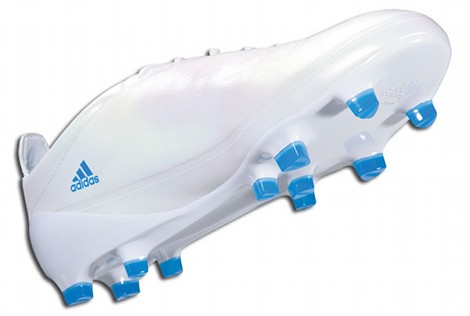 The impression that we’re getting from adidas is that upon release these football boots will only be available in the adiZeros synthetic upper version.

This means that they will only be available in their lightest form, as the synthetic ‘Zeros weight in at 165g – 10g lighter than their leathery counterparts. 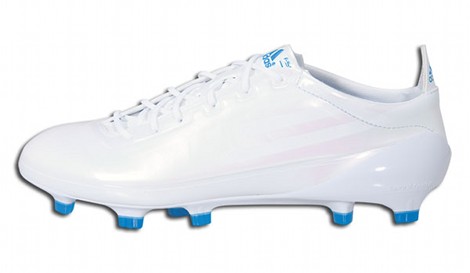 What do you think to this new adiZero colourway?

Will you be picking these football boots up? Or will you be going for one of the other colourways released today?

Written By
Kyle Elliot
More from Kyle Elliot
We're trading our Cleats for the Streets to review the FIFA Street...
Read More