Showcasing 16 of the most popular Mercurial colourways, the What The Mercurial chronicles 18 years of this legendary boot. 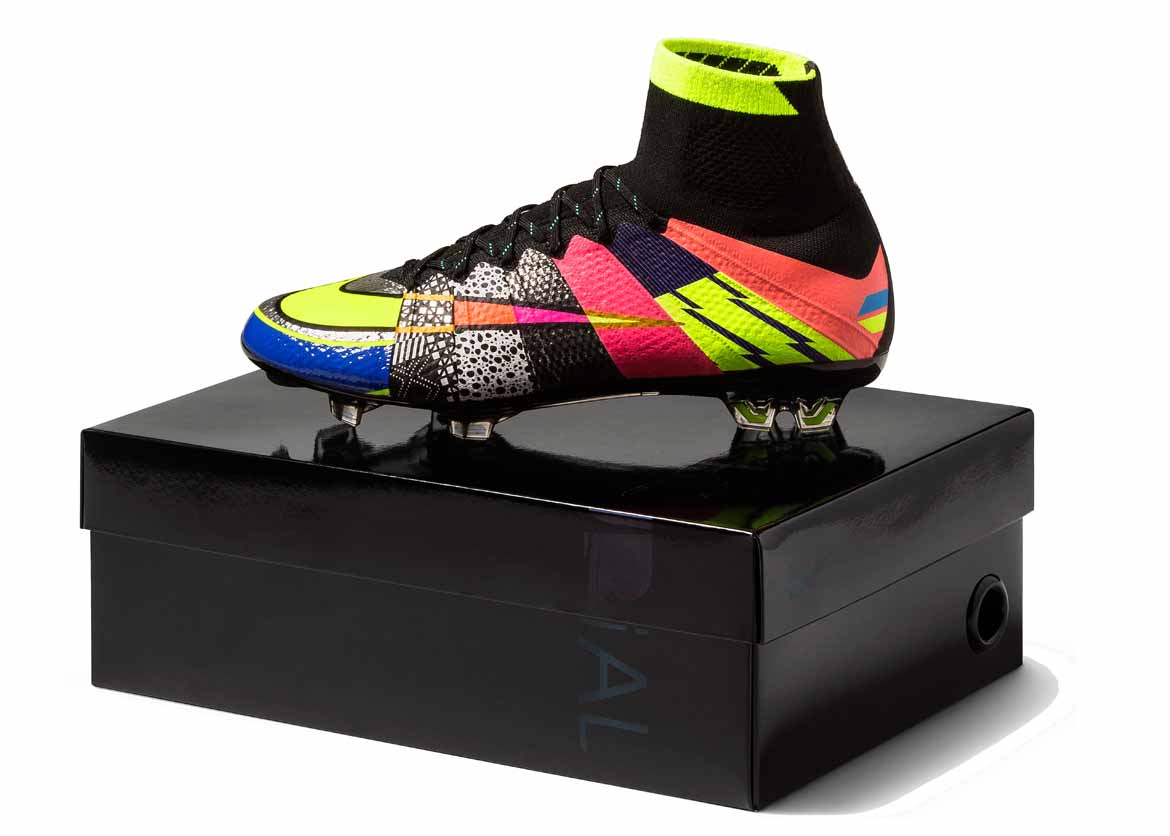 The familiar template of the Mercurial football is hidden underneath a mismatch of coloured panels, with patterns and colours taken from 18 years of Nike’s most famous boot, the Mercurial. 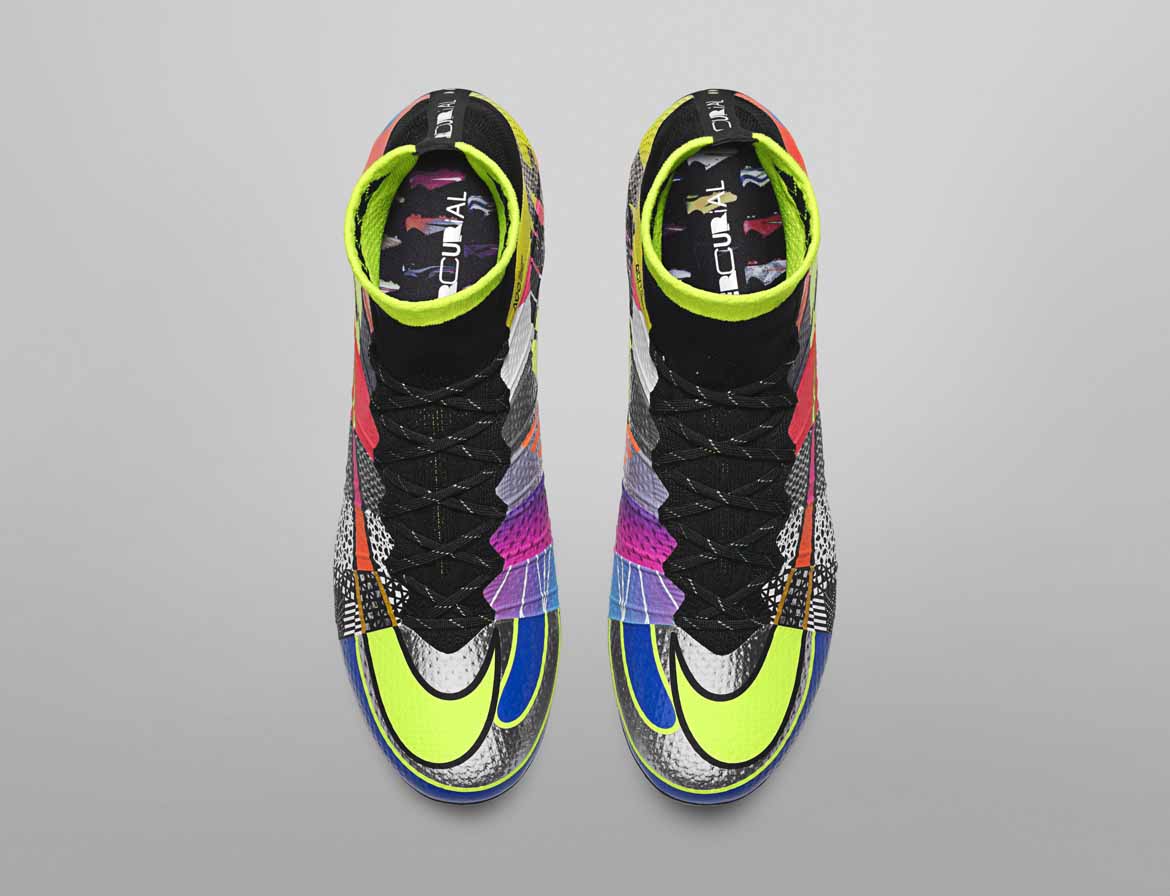 So what’s it all about? Well the ‘What The’ mash-ups’ have been around a while, they just haven’t hit football, until now. It started back in 2007, when Nike made a skateboarding colourway mashup, the Nike SB “What the Dunk” shoe. Then in 2012 Nike Basketball followed suit, beginning with the “What the Kobe” in 2012. It’s now a go-to concept for creating high energy around the Nike’s shoes. 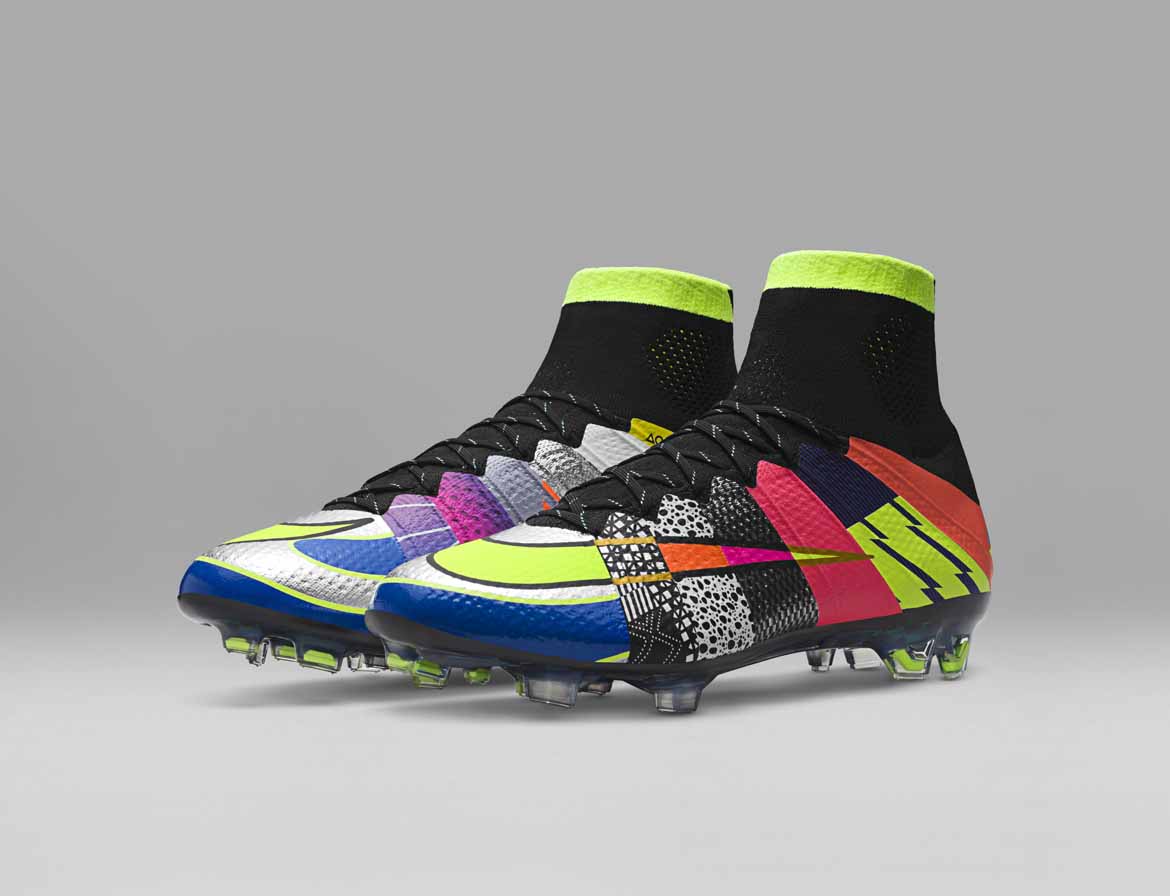 “What the Mercurial” applies this patchwork treatment to football for the first time, laying down a time capsule of Mercurial history. Four past Mercurial logos are mashed up to create the logo on the heel tab and aglets. The left and right boots boast the same design, striped with iconic Mercurial colorways, while the sockliner showcases iconic Mercurial elements. The ‘What the Mercurial features more colours on a football boot than ever before.

If you want to know which historic Mercurials make up the boot, the boot bag does the job for you. 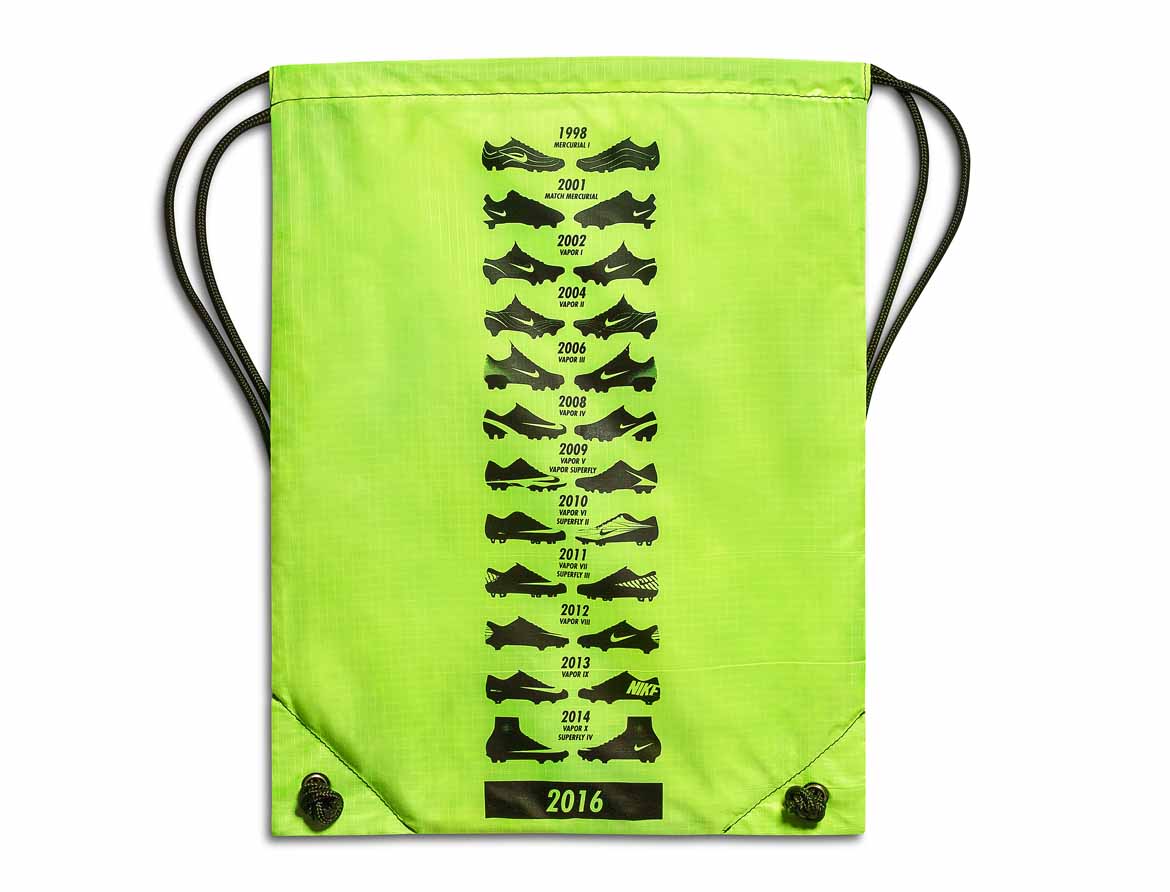