West Brom will show their backing for England’s bid for the 2018 World Cup at their first game of the season this weekend. 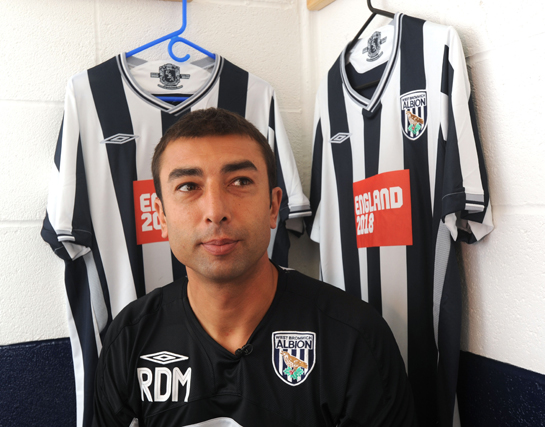 Beckham and Rooney ‘Back the Bid’.

The opening match of the new Championship season, scheduled to be broadcast live on the BBC, is between West Brom and Newcastle.

West Brom, are without a shirt sponsor, so they contacted the FA to ask if they could help with the 2018 World Cup bid.

We’re supporting the bid this weekend and we’re proud to do so. The FIFA World Cup is the best competition in football and England would be the perfect country to host it. There is fantastic infrastructure here and the supporters are just brilliant.

The stadiums in England are perfect for football as the supporters are close to the pitch which makes for a great atmosphere. As a fan you can be only a few yards from a shot or a tackle and all my Italian friends think the English stadiums are fantastic.

Because of the passion and culture, supporters sing and support for the whole game. It’s not just pockets of support, it happens all over the whole ground which is just great.

When I played for Italy at Wembley, I can remember supporters singing the national anthem and there was something special about it. It gave me goose bumps to be honest.

It would be great if the tournament came to England and I think it’s great that Albion are supporting'  the England 2018 bid in this way.

I remember watching Euro 96 and I think it was one of the best tournaments I’ve seen. The standard of play was obviously very high but so was the event itself and we definitely have the facilities to put on a good show in 2018.

Every English kid dreams of being as footballer and it would be great to the tournament here because we definitely have the stadiums and a passionate support.

What do you make of West Brom’s gesture?