Arsenal moved to within 4 points of Premier League leaders Chelsea with a game in hand but their 3 – 0 win over Aston Villa at the weekend has come at a cost.

Cesc Fabregas came off the bench and scored twice to inspire the Gunners win but he lasted just 27 minutes before he limped off after aggravating a hamstring injury. 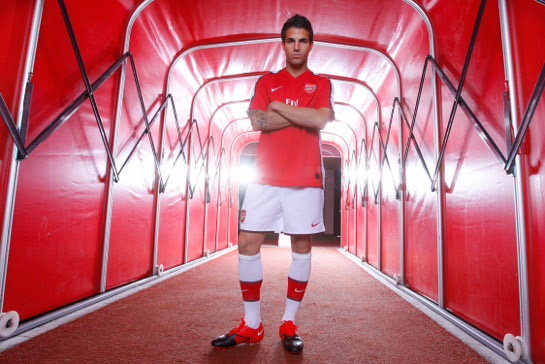 After grabbing the opening goal, Fabregas injured himself after sprinting to get on the end of a Theo Walcott pass as he extended Arsenal’s lead, before Abou Diaby completed the win with a late strike.

However, manager Arsene Wenger was adamant that he made the right decision by sending his captain on saying:

I feel that I did the right thing, and would do it again.

I put him on the bench and I knew before the game that if it was really needed, I would put him on.

Had we been 1-0 up I would not have done it, but at the end of the day you do what you think will win the game.

Aston Villa are a team which makes you nervy because you can be dominant and lose the game.

You could think ‘we were dominant and did not take advantage of it, so let’s be cautious’ – or you gamble a bit try to push it further and score. That is what I did.

We do not know yet if it is a recurrence of the pull or just scar tissue.

If it is scar tissue then it is a few days, but if it is a reoccurrence, then it is three weeks out.

Written By
Felipe
More from Felipe
Fulham look destined for the Championship as Sunderland win at the Cottage.
Read More